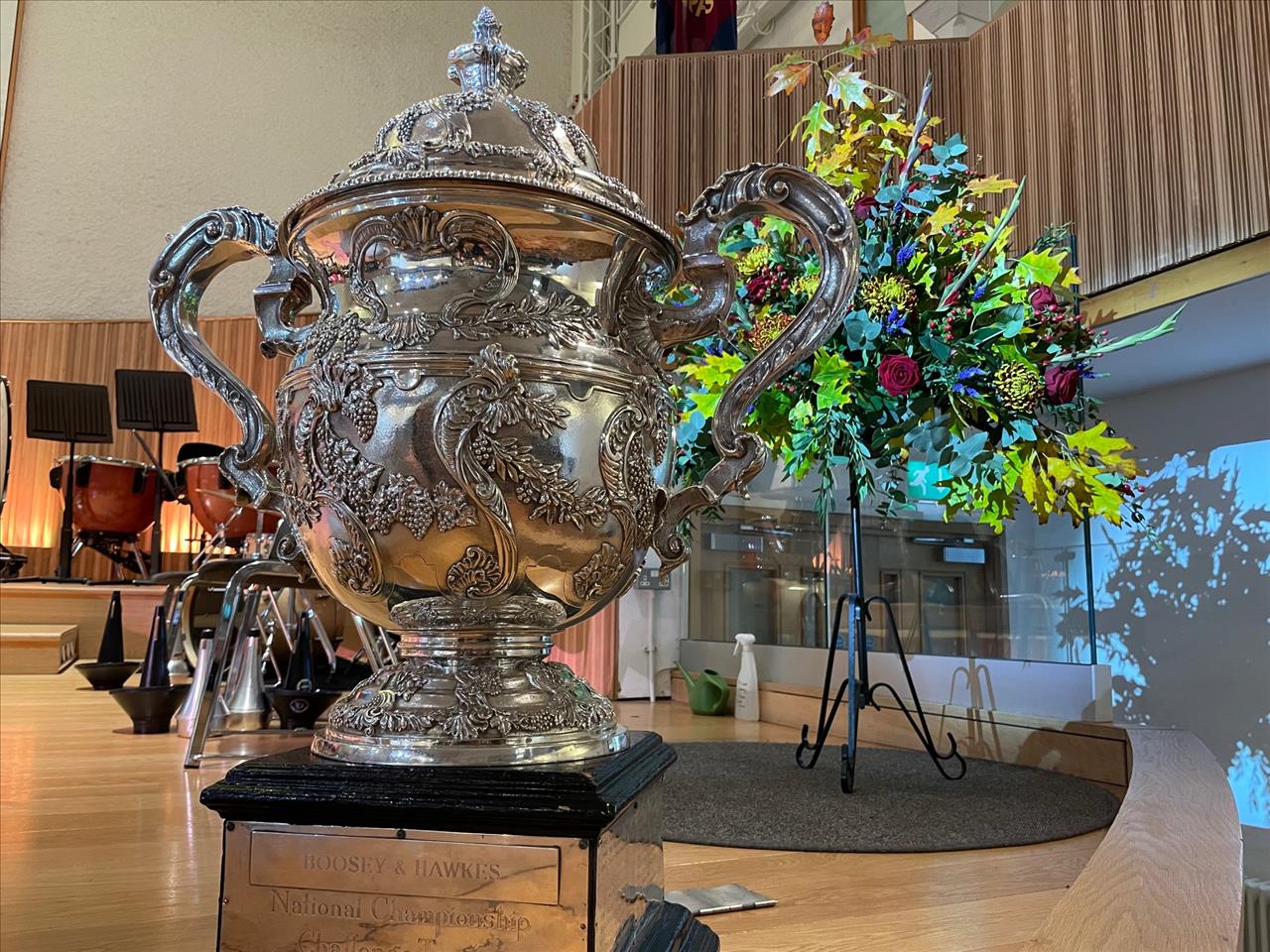 Their Royal Albert and Regent Hall trips have become eagerly anticipated weekend attractions – the latter now promoted by the band itself. The international audience that travelled to the Salvation Army’s welcoming hub on Oxford Steet certainly proved that.

Foden’s rewarded them with a fine concert – one that included a preview of Peter Graham’s test-piece, ‘Hyperlink’,  introduced by the composer.

Russell Gray’s responsive direction elicited a poised performance – just a notch below the contest winning fission-point subsequently produced less than 24 hours later, but one which still left the audience bubbling in multi-lingual acclaim.

Elsewhere it was relaxed high class music making; ‘The Cossack’  the prelude to a first half that included classy solo spots from Mark Wilkinson and Jonathan Bates, as well as the latter’s upbeat ‘Red Hills of Georgia’  and a colourful rendition of Bernstein’s ‘Candide Overture’,  led by Swiss conductor Boris Oppliger.

Russell Gray’s responsive direction elicited a poised performance – just a notch below the contest winning fission-point subsequently produced less than 24 hours later, but one which still left the audience bubbling in multi-lingual acclaim.

It was a generous mark of respect and commitment to the 30 year old winner of the Brass Band Conductors Association Conducting Competition - one he grasped with talented hands (he also led on ‘Night on a Bald Mountain’  to open the second half).

Soloists Melanie Whyte, Gary Curtin and the percussion duo of Mark Landon and Sam Iles also kept lips and hands in trim for the challenges ahead (as did the outstanding Richard Poole on soprano) as the band purred along in comfortable tonal composure.

The inclusion of the ‘Elegy’  from John Ireland’s ‘Downland Suite’  was both a fine acknowledgement to the memory of Philip Biggs (who for many years promoted the festival, and whose family were in attendance) as well as a nod to the band’s desire to emulate their legendary predecessors who won in London in 1932 to start their run of ‘double’ hat-trick wins.

Given what happened the following day at the Royal Albert Hall, Eric Ball's 'Kingdom Triumphant' seemed a confidently apt choice to close, whilst 2023 can’t come soon enough for a band and its growing legion of international fans that will surely make their way once more to Regent Hall.