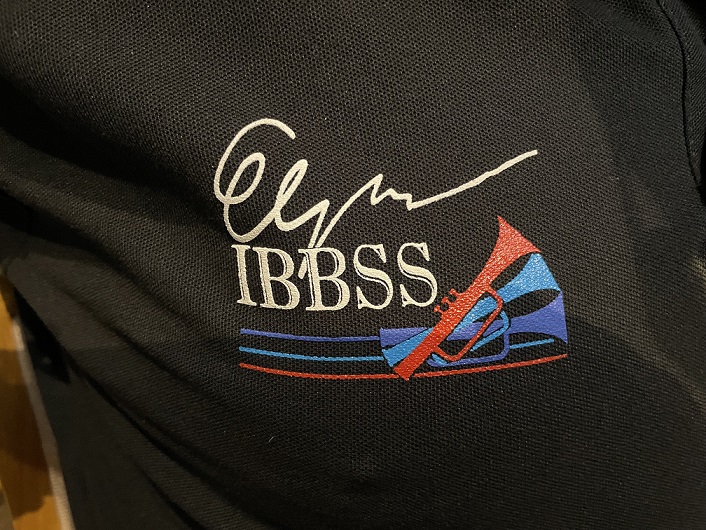 The musical substance of a week of wide ranging enjoyment and ambition was displayed in full by the 70 delegates of the Elgar International Brass Band Summer School.

The neatly calibrated repertoire had wide-ranging variation - with Kevin Houben’s ‘Lake of the Moon’  test-piece surrounded by lightweight delights as well as showcase solos.

Paul Holland enjoyed himself in the dual role of conductor and compere, ensuring that both enthusiasm as well as expertise were tailored to meet the diverse challenges of the music as well as the lively acoustic.

PLC’s ‘When Thunder Calls’  thankfully didn’t herald rainfall on a balmy night, before warmer climes came with Kevin Houben’s colourful work, which according to the composer may have seen the ancient Aztecs reach their Mexican homeland via oriental Baghdad.  The players though had a keen awareness of the musical destination.

Paul Holland enjoyed himself in the dual role of conductor and compere, ensuring that both enthusiasm as well as expertise were tailored to meet the diverse challenges of the music as well as the lively acoustic.

Elsewhere ‘Attack of the Killer Trombones’, ‘The Dambusters’, ‘Canterbury Chorale’  and ‘St Peter’s Chorale’  were played with confident solo and ensemble versatility, whilst the homage to the town’s most famous musical alumni came with ‘Chanson d’Matin’  – as neatly manicured as the old boy’s walrus moustache.

Christopher Bond’s lullabyesque ‘Of Wind & Weeping’  was tenderly shaped by Stephanie Binns, whilst Gareth Hand, aided by the perc team and troms, rode ‘Shotgun’  with a cracking percussion feature. The audience was stunned into slack-jawed amazement by Dan Thomas - who  left his euphonium barrels smoking with a his virtuosic rendition of ‘Fantasie Originale’.

The 'James Bond Medley'  rounded an excellently organised and delivered course with a touch of widescreen glamour.