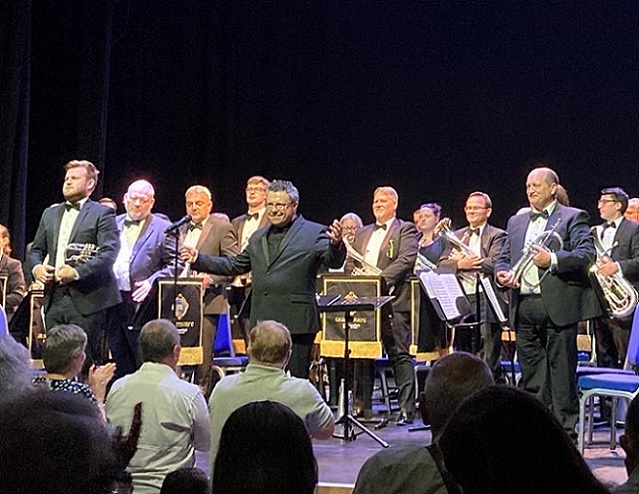 First established in 1951, the Kings Lynn Festival is a fortnight long series of events ranging from performances, walks and talks to exhibitions, films and recitals.

Nestled amongst the flatness of the Fens by the River Ouse, it offers a vibrant hub of activity, with this year’s opening concert by Grimethorpe Colliery Band setting the tone for others to match.

On what was to be one of the hottest days of the year, the Corn Exchange’s air conditioning provided a welcome retreat for the band as well as the thoroughly appreciative audience.

A refined take of ‘Labour and Love’ - with the MD measuring the romanticised stereotypes to perfection led into Howard Snell’s spectacular arrangement of Gershwin’s ‘An American in Paris’  to complete an absorbing first half.

The bluff pomp of Saint-Saens’ ‘French Military March’  was followed by the dramatic pulses of ‘The Force of Destiny’,  before Jamie Smith effortlessly fizzed through ‘Hejre Kati’ and Adam Bokarias did the same with Dan Price’s take on the variations of ‘Rule Britannia’.

A refined take of ‘Labour and Love’ - with the MD measuring the romanticised stereotypes to perfection led into Howard Snell’s spectacular arrangement of Gershwin’s ‘An American in Paris’  to complete an absorbing first half.

Buoyed by ice cream and cold drinks to refresh sweaty brows, the audience returned for the second half with great expectancy.

Liz Lane’s ‘Diamond Fanfare and Antiphonary’  opened, aided by the composer’s insightful introduction, before the ‘Brassed Off!’ film favourites segued into another brace of top class soloists in Chris Binns on ‘Rhapsody for Trombone’  and Josh Flynn with a playfully humorous ‘Carnival for Bass’.

‘Abide with Me’  offered respite before the roof raising ‘MacArthur Park’  and the encore of ‘William Tell’ evoking a standing ovation.