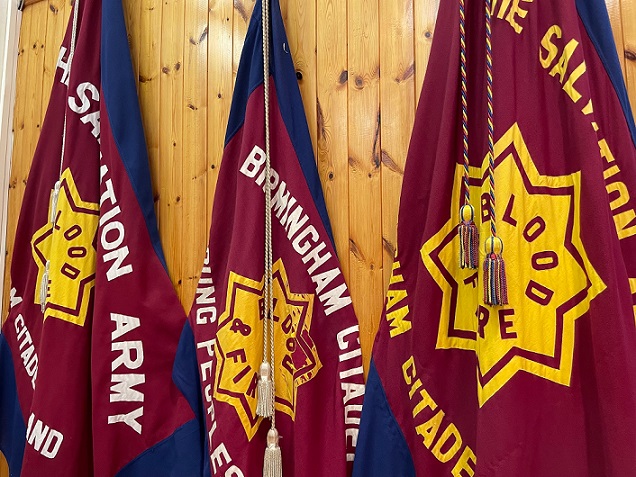 Tredegar returned to Birmingham for the second time in a matter of weeks for this afternoon joint concert.

Following their recent appearance at the Royal Birmingham Conservatoire, this saw them provide the final instalment in a progressive ‘Together’ series the Citadel had hosted, following Gresley Colliery and Langley Bands in events aimed at broadening inclusive understanding and support through music.

Ian Porthouse led a first half set of varied repertoire, including a trio of items being kept at simmering temperature ahead of their Proms appearance at the Royal Albert Hall.

‘Vienna Philharmonic Fanfare’  and ‘Le Corsair’  were the meaty chunks of substance to open, whilst balance came with the haunting melancholy of ‘Elegy for Dunkirk’  and the tender ‘I Know Thou Art Mine’.

Principal cornet Dewi Griffith delivered ‘Glorious Ventures’  with sinewy panache before being joined by Will Norman for a suave flugel duet of ‘Wind Beneath My Wings’. ‘American Barndance’  and ‘MacArthur Park’  closed things off with sparkle and bombast.

‘Vienna Philharmonic Fanfare’ and ‘Le Corsair’ were the meaty chunks of substance to open, whilst balance came with the haunting melancholy of ‘Elegy for Dunkirk’ and the tender ‘I Know Thou Art Mine’.

After the break Birmingham Citadel took the lead with an impressively delivered set - opening with the upbeat razzmatazz of Kevin Larson’s ‘Fill the World with Glory’.

Andrew Wainwright’s touching evocation of the hymn tune ‘Slane’ with ‘Be Thou My Vision’, and Steven Ponsford’s polished ‘Let There Be Light’  offered crafted counterpoints to the masterly assuredness of Ray Steadman-Allen’s ‘In Quiet Pastures’  and the uplifting joyfulness of ‘Happy Song!’  by Sam Creamer.

Robert Redhead’s ‘Quintessence’  to close was played with a freshness bolstered by the rich depth of the ensemble sound and quality solo leads.

Major Adrian Allman’s wittily observed ‘boundary wall’ address led into the joint items of the march ‘Goldcrest’  (complete with vocals), ‘In Perfect Peace’  and a rousing ‘Shine as the Light’, to round off an engaging afternoon of musical inclusivity.