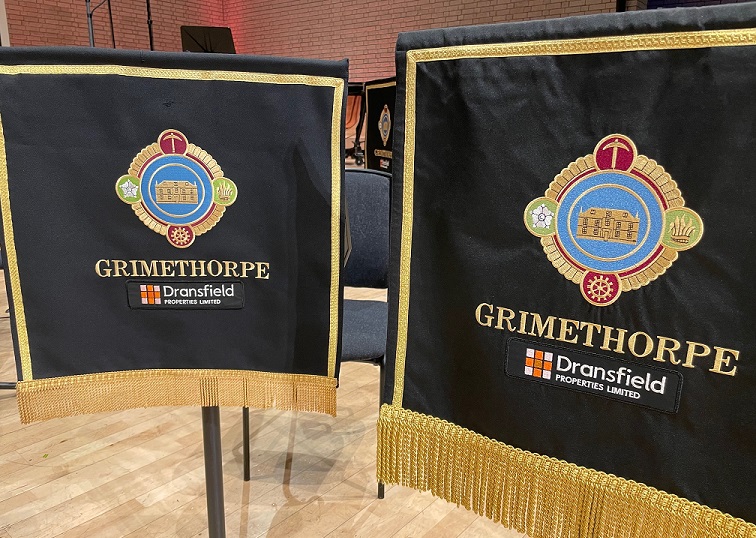 Gone are the Beton Brut concrete facades. This is a band of curvilinear lines and softer edges, warm balances, and a less frenetic sense of purpose. So too the MD – allowing the music to settle with a pliable sense of style.

His confident musical signature defined absorbing performances of works by Vaughan Williams, Liz Lane, Ray Steadman-Allen, Jack Stamp and Buxton Orr.  A new Grimethorpe musical identity is emerging – and it is good to both see and hear.

The ’anniversaries’ theme allowed scope for expression as well as exploration; the ‘Overture - Henry the Fifth’  played with a refined Shakespearian certainty that had more than a pinch of the grandeur of Laurence Olivier launching into the breach with friends against the French.

From the sounds of rattling canvas and a spluttering engine to the roar of four Rolls Royce turbo jets producing multi sonic booms, it took flight with an evocative sense of adventure.

Liz Lane’s ‘Innovation 216’  evoked another very English command – that of aviation technology and the history of flight from the Bristol bi-lane fighter to the ‘entente cordial’ inspired Concord 216, which breached supersonic barriers in its path.

From the sounds of rattling canvas and a spluttering bi-plane engine to the roar of four Rolls Royce turbo jets producing multi sonic booms, it took flight with an evocative sense of adventure.

The centrepiece came with Ray Steadman-Allen’s ‘Sinfonietta – At the Edge of Time’. It was an engrossing, puzzling delight; a triptych of remarkable inventiveness on ostensibly three of the most familiar hymn tune themes.

From supplication to salvation, it was a journey of wit and wisdom, joyful clarity, and pitch tar darkness; the initial childlike innocence replaced with the questioning complexities of adult uncertainty.

Interpreted with measured authority by the MD it was a wonderfully absorbing account.

Buxton Orr’s ‘A Caledonian Suite’  was an affectionate recall of fragmentary boyhood memories - playful and impish, individual rather than tiredly stereotypical – a mature appreciation of the senses rather than direct presentation.

Paying memorial homage is always a fine line to tread. Jack Stamp’s ‘Elegy' (In Memoriam Gerard Schurmann)  occasionally peered over the edge of pastiche, but the clear echoes of Holst’s ‘Moorside Suite’, Mahler and of Schurmann’s own concerto for orchestra were firmly bedded into the path of affection remembrance he created.

Remembrance of a different kind rounded things off.

Buxton Orr’s ‘A Caledonian Suite’  was an affectionate recall of fragmentary boyhood memories - playful and impish, individual rather than tiredly stereotypical – a mature appreciation of the senses rather than direct presentation.

Much like this Grimethorpe performance, it left a lingering impression on the mind.