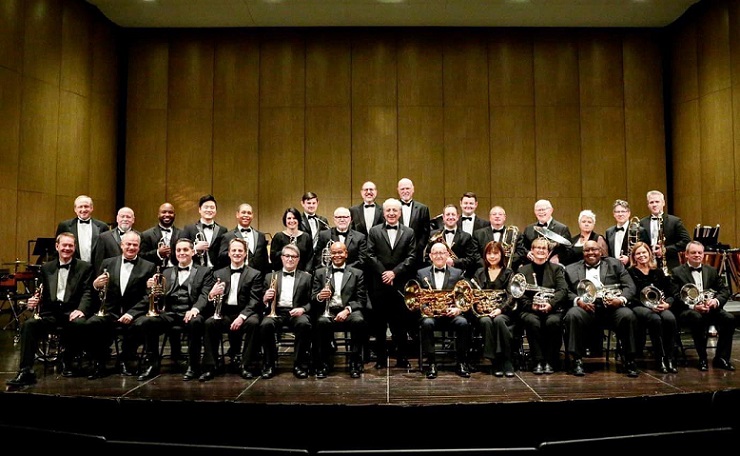 You must be able to present something a little bit special to pack in an audience at the annual International Band and Orchestra Conference in Chicago.

Spread over four days, the 75th Midwest Clinic itinerary is a sardine tin full of high profile clinician, performer, exhibitor and advertiser attractions - from the ‘President’s Own’ United States Marine Band and the Count Basie Orchestra to education specialists and industry leaders, movers and shakers.

Much then for Brass Band of Battle Creek to live up to as they took to the stage for this concert under the elegant direction of Michael J Garasi. Illness and some Covid issues had forced a few amendments to the listed programme, but with such a star-spangled line-up of talent to call on, it mattered little.

They also know world class quality when they hear it too; the response to the playing of Owen Farr on his arrangement of the ‘Finale’ from the Haydn ‘Cello Concerto’ a mix of head shaking disbelief and raucous acclaim.

This was showcase playing that Americans love - both substantial and light; from the opening fizz of ‘Enter the Galaxies’ and drive of ‘Persistence Fanfare and March’ to Peter Graham’s ‘Dynasty’ and the ‘Finale’  from Tchaikovsky’s ‘Fourth Symphony’  to close.

They also know world class quality when they hear it too; the response to the playing of Owen Farr on his arrangement of the ‘Finale’  from the Haydn ‘Cello Concerto’  a mix of head shaking disbelief and raucous acclaim.

It was the same for Marshall Gilkes (a late replacement for Joe Alessi) on ‘Forward Together’, as well as the quartet of Steven and Misa Mead, Gail Robertson and Demondrea Thurman on ‘With His First Breath’, Rex Richardson and William Russell in Ellington’s classic ‘Caravan’  and Rich Kelly and Jens Lindemann on ‘We’re All Right - He’s Still Here’.

By the time we came to the encore of the Chicago rock group classic ’25 or 6 to 4’ complete with bass and rhythm guitars to add to the pulsating drive and nuclear fission energy the audience was on its feet and queuing up to get autographs and selfies.

At an event where there are more stars on show than be found on the ‘Old Glory’ flag, that’s how you make a special mark. Brass Band of Battle Creek is some band.