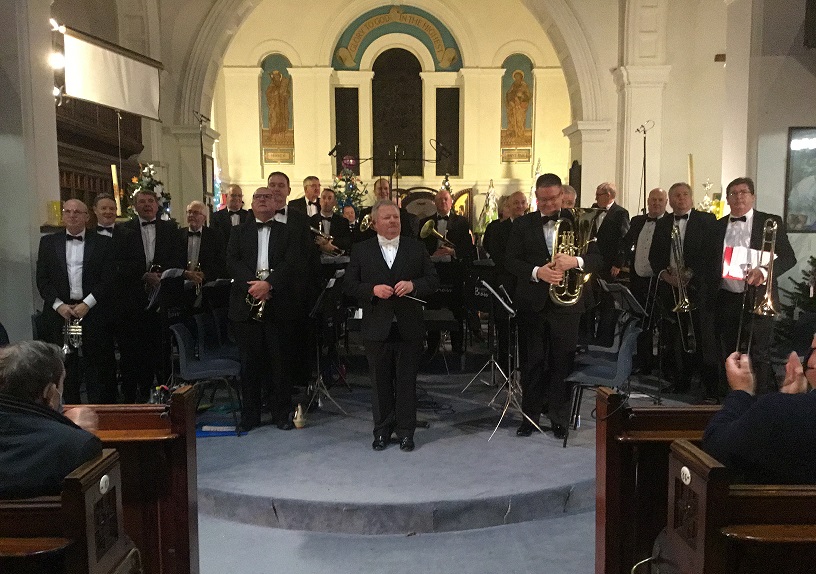 Nostalgia may well be rose tinted in the mind’s eye, but there is little doubt that people can see that a certain type of traditional brass band playing is in danger of becoming nothing more than a much loved memory.

Musical experience can of course be bought, but an intuitive understanding of collective balance and tonality, phrasing and style is priceless. This concert was a timely reminder that if that is lost, no amount of money will ever bring it back.

Champions of Brass follow in the footsteps of 'Men O' Brass', the 'Virtuosi Brass Band' and 'Kings of Brass' – an ensemble (major championship titles aside) made up of players who understand the true value of fine brass band musicianship. In Garry Cutt they have a conductor who covets it like gold.

No surprise then that this was an evening stamped through with 24 carat qualities.

The repertoire was familiar; the premieres of 'Flora', 'Tubby Mousetrouser'  and 'Homepride'  from Chris Hazell’s popular ‘Cats’ suite (based on feral friends that shared his home, and arranged by Sandy Smith) the type of music that immediately engaged the audience.

No surprise then that this was an evening stamped through with 24 carat qualities.

‘Strike up the Band’ and the Weber overture ‘Ruler of the Spirits’  have been inked into countless programmes, whilst Kevin Crockford (‘Emmanuel’), Alan Morrison (‘Sugar Blues’) and Lucy Cutt ('Away in a Manger’) will have worn out enough shoe leather in getting up to play their solos over the years.

It mattered not a jot. The witty ‘Phil the Fluter’s Ball’ and the quintessential ‘MacArthur Park’ rounded off a first half of quality playing - allowing plenty of time for people to catch up with old friends.

After the interval, more of the same; Peter Graham's festive march, 'Shining Star'  paved way for Nick Hudson on 'Fly Me to the Moon', the neatly shaped topiary of 'Bonnie Brier Bush'  and the festive greetings of Darrol Barry’s 'Christmas Cassation'.

Superbly compered by David Hoyle it was all rounded off with a blistering 'Finale'  from Dvorak's 'New World Symphony'  and 'The Champions' – as apt an encore as ever there was one.

There was another first with Sandy Smith’s arrangement of 'Moto Perpetuo'  for the euphonium duo of Morgan Griffiths and Michael Dodd, before Shaun Crowther dusted off his comedic skills for 'Bass in the Ballroom'.

Superbly compered by David Hoyle it was all rounded off with a blistering 'Finale'  from Dvorak's 'New World Symphony'  and 'The Champions' – as apt an encore as ever there was one.

Nostalgia may not now be what it once was, but class is. Hopefully this will be a venture to be enjoyed by audiences for many more years to come.