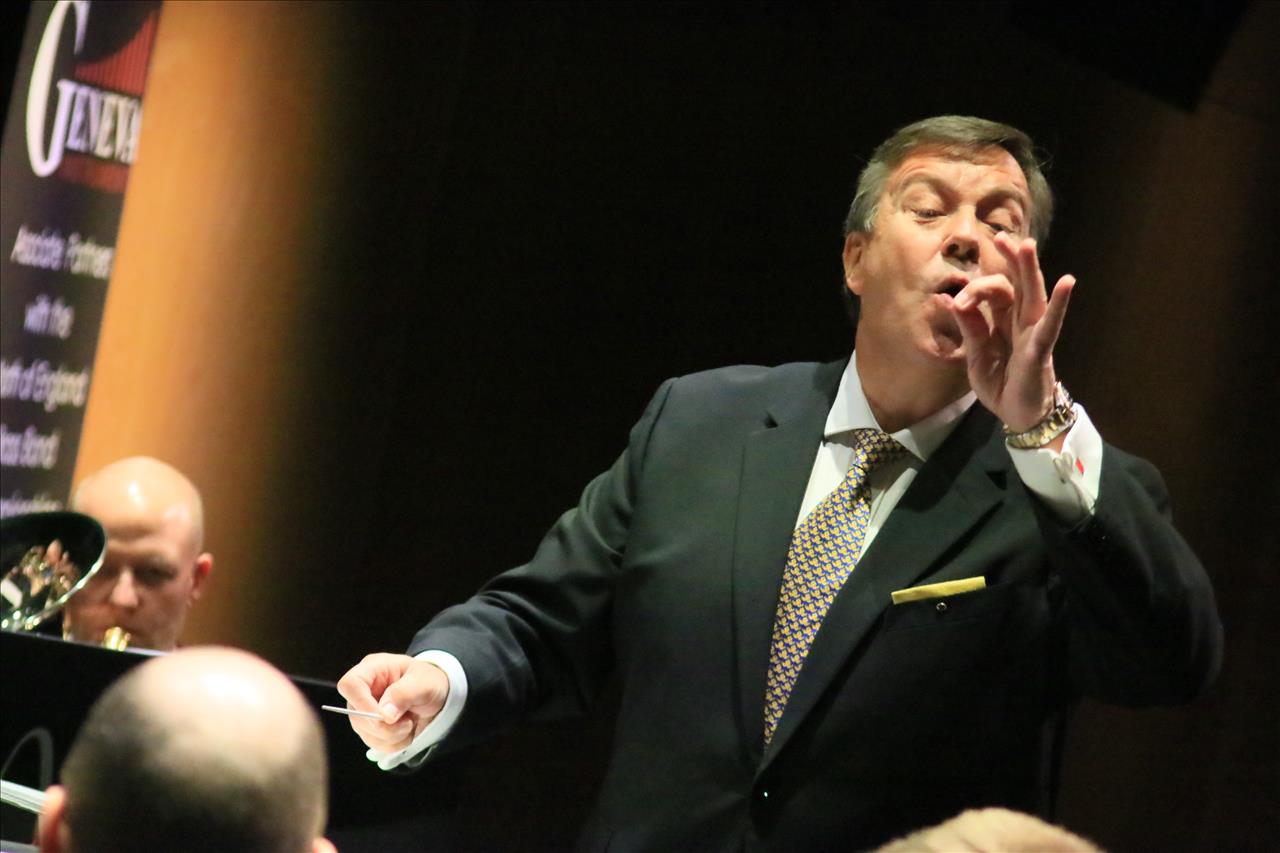 The NASUWT Riverside Band brought festive musical cheer to their local community with this polished concert under the baton of Prof Nicholas Childs.

Fresh from their performance at the Brass in Concert Championships, the Grand Shield and North of England champion reprised their Sage programme as well as dusting off some classic brass band and seasonal favourites.

Riverside’s ‘Heroes’  Brass in Concert set provided the focal point to the first half – the differing elements linked by the MD’s witty compere skills. Phil Tait’s ‘Live and Let Die’  left scorch marks on the eardrums, whilst Winston Churchill’s evocative words to accompany ‘Pacemakers’ made a thoughtful impression on the mind.

Phil Tait’s ‘Live and Let Die’  left scorch marks on the eardrums, whilst Winston Churchill’s evocative words to accompany ‘Pacemakers’ made a thoughtful impression on the mind.

In a nice touch there was a generous vote of thanks given to Riverside’s own Harry Banks and Tom Moffat, banding ‘heroes’ who have given so much only the band, but other good causes in the local area.

The second half was all about Christmas; a joyful melange spiced up and fashioned with neat musical packaging from ‘Midnight Sleighride’ and ‘Santa-claustrophobia’ to the classy duo of Michael Duncan and Tina Mortimer with ‘In the Bleak Mid Winter’  and ‘Rocking Carol’  respectively.

Paul Lovatt-Cooper’s ‘A Christmas Finale’  offered the pre-encore finale, with the audience warming hands and feet for the journey home with a joyful rendition of  ‘Jingle Bells’.

The concert was the first to be supported by Councillors from the Chester-le-Street area and it is hoped after the success of this year, it will become an annual event.