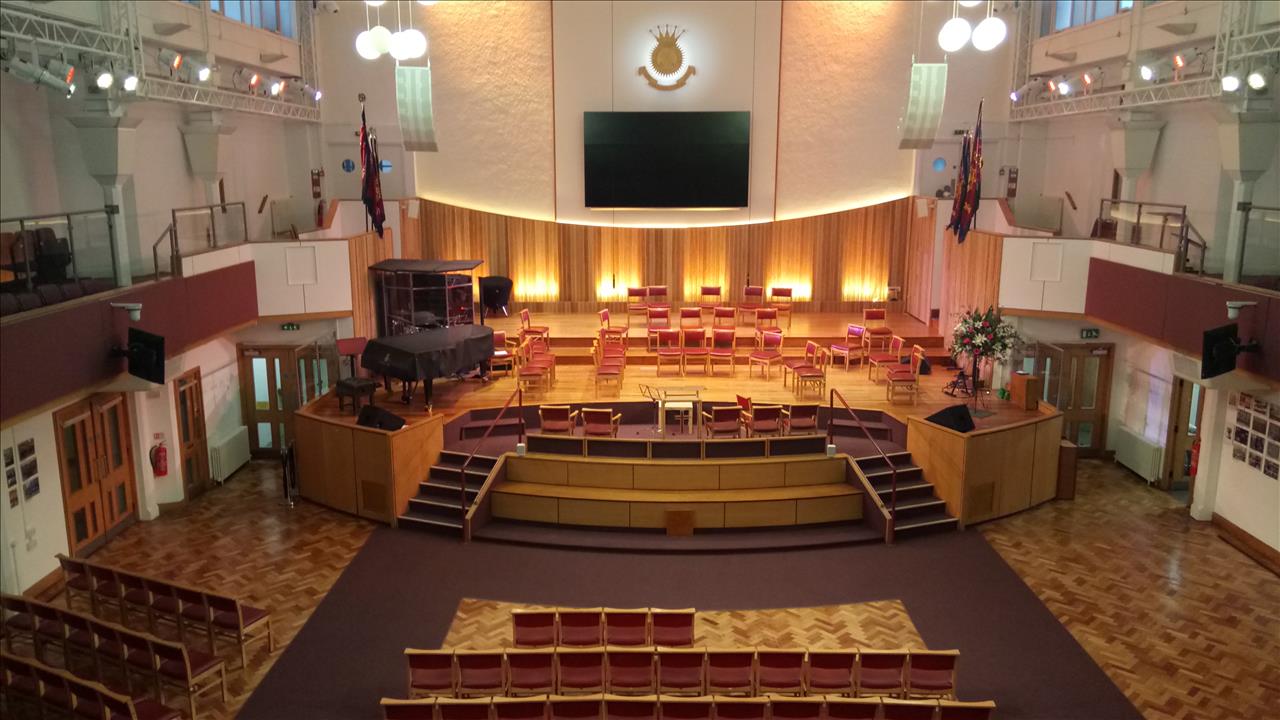 Guards Brass returned to Regent Hall under the direction of New Zealander Michael McGowan, setting out their stall with a lively account of the Superbrass arrangement of 'Los Canarios'.

Michael Kamen's 'Dectet', expanded from the original quintet written for Canadian Bass followed in an effective new arrangement; the flamenco rhythms to the fore in Queen's 'Innuendo' before a stirring account of 'Malaguena'.

In contrast, Nick Mott was the soloist in Martin Eĺlerby's 'Elegy’; tubular bell and bass drum drawing the attention at the start, before the soloist’s wonderful tonality shaped the sustained melody.

Andrew Mercer was featured in John Iveson's take on 'Londonderry Air' - lush harmonies supporting the soloist with Ben Beavis in the spotlight for 'Dulcinea', the flugel opening in fairly conventional manner before moving off into areas where a brass band flugel player should fear to explore. This was sure-footed and confident though.

It was a finely judged counter balance – the dissonances neatly observed, the mutes added greatly to the range of textures in challenging music to bring off.

The first half ended with Mark Taylor's 'Brass Machine', the trumpet riffs and shot notes adding to the excitement with a solid foundation provided by the lone tuba player.

It was a finely judged counter balance – the dissonances neatly observed, the mutes added greatly to the range of textures in challenging music to bring off.

More accessible repertoire came with excerpts from 'Romeo and Juliet' and Britten's stirring 'Russian Funeral Music', although you did miss the impact of a full French horn section.

Chris Batchelor's 'Vozpelo e Pile' drew on the folk music of the Balkans with its driving rhythms and frequently changing metres, before the finale was provided with a powerful account of Respighi's 'Pines of the Appian Way', graced by the sinuous flugel playing of Romana Hallstead.