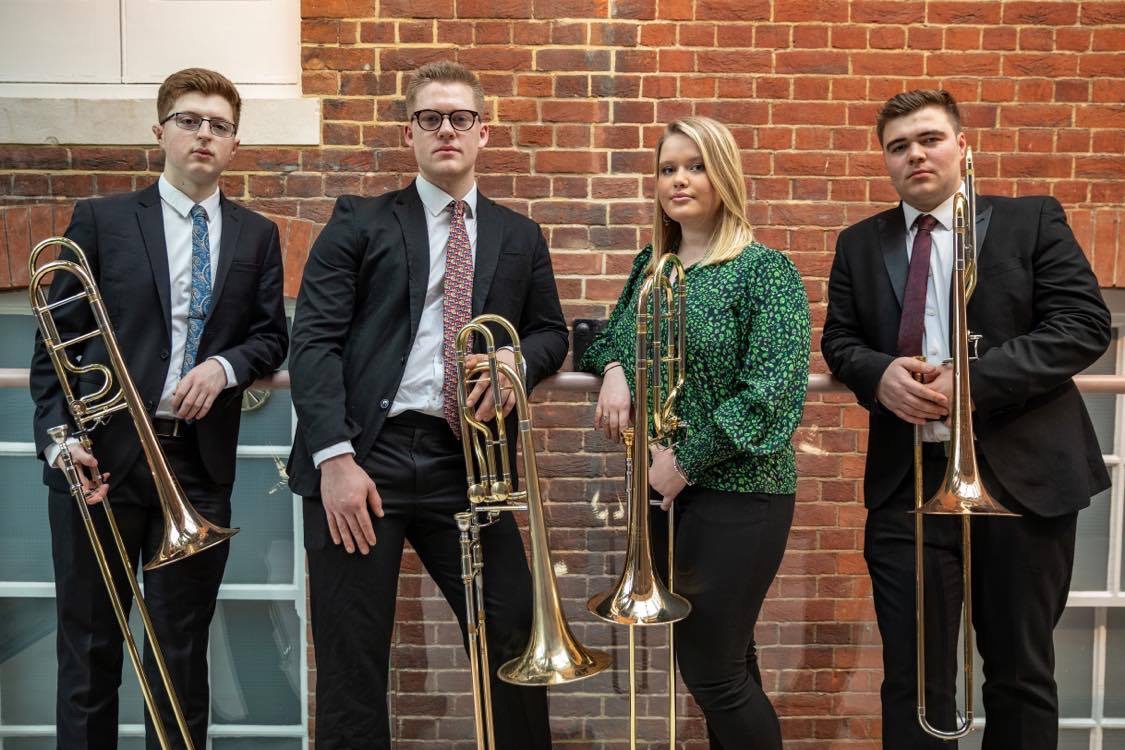 The Bona-afide Trombone Quartet has gained widespread critical acclaim for its performances and inventive musical outlook.

It has also been backed by competitive success – most recently claiming a RPS Philip Jones Brass Prize to add to an increasingly impressive CV of achievements.

Consisting of Isobel Daws, Matt Gee (deputising for Chris Brewster), Merin Rhyd and Angus Butt on bass, they opened their programme in uncompromising fashion with 'City of Arts and Sciences', the work with which they won the ITA Quartet Competition in 2020.

The quality of the accomplished playing, hallmarked by sustained lines, intertwined phrasing and a balanced tonality throughout provided ample evidence of individual as well as collective talent – the group immediately displaying an intuitive understanding of focus and of style.

They closed with an arrangement of Liszt's 'Hungarian Rhapsody No 2' – a showcase piece of virtuosity that mixed bombast and brilliance to fine effect – a hard trick to pull off, but one they managed with considerable elan.

Isobel Daw's arrangement of Kodaly's 'The Peacock', was stately and imposing, a tasty processional before moving on to Eric Ewazen's 'Myths and Legends'. The cleverly realised writing, full of sparkling but not bling technique and textured counterbalances brought playing of subtle touches and moulding.

This was contrasted with '3 Mannerchore' by Richard Strauss; broad, bold and expansive, reminiscent of Bruckner or the Beethoven 'Equalis'.

Merin Rhyd was the soloist in Hoagy Carmichael's 'Stardust' – languidly played with a welcome, understated sense of freedom, aided by the excellent support from his colleagues.

They closed with an arrangement of Liszt's 'Hungarian Rhapsody No 2' – a showcase piece of virtuosity that mixed bombast and brilliance to fine effect – a hard trick to pull off, but one they managed with considerable elan.