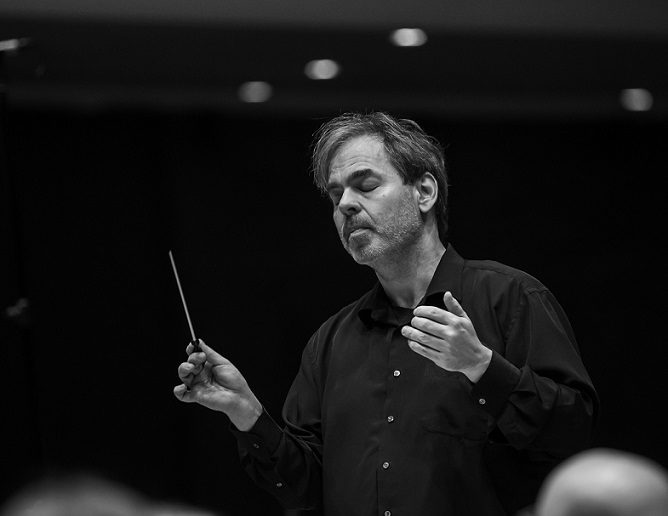 After a year and a half of strict Covid-19 restrictions, the intimate Peer Gynt Hall at Bergen’s Grieghallen was full once more for a brass band concert.

The celebratory music came from the rich repertoire of the Salvation Army - a heritage, spanning a century or more, and including for this occasion, ‘Passacaglia’ by Norwegian composer Klaus Østby; inspired in unmistakable fashion from his homeland with its references to folk music.

This was Eikanger’s second major concert in the last three weeks – and with a totally different programme of demanding repertoire.

The break has provided many challenges of course, but this was playing of the highest rank; tonally warm and secure, power allied to precision and stylistic understanding.

The focal point though was Bergby; elegant even when animated with passion. His interpretations were clear, thoughtful and genuine – nothing forced or overdone in bringing the music to life and relevance.

The inspiration emanated from the Musical Director. Bergby was on superb form; telling gestures and inferences bringing an immediate response, the insistence on style creating wonderful musical lines and calibrated phrases; some fragile and expectant, others bold and imposing.

The ensemble playing had a clear edge of accuracy in the opening  ‘Cairo Red Shield’ march, followed by the emerging dramatic narrative of Eric Ball’s  ‘Exodus’.  The programme unfolded with  ‘His Provision’ by Ivor Bosanko, followed by Dean Goffin’s wonderful  ‘Symphony of Thanksgiving’ and Bramwell Cole’s  ‘Victor's Acclaimed’.

The  ‘Passacaglia’ by Klaus Østby offered contrast to Morley Calvert’s  ‘My All is on the Altar’, before the concert came to rousing close with  ‘Variations on Judas Maccabeus’  by Kevin Norbury.

After such a time away, it was a delight to hear principal cornet Henning Anundsen play the solos with a delightfully understated expression, whilst the ensemble offered a malleable, fluid wall of sound throughout.

The focal point though was Bergby; elegant even when animated with passion. His interpretations were clear, thoughtful and genuine – nothing forced or overdone in bringing the music to life and relevance.

The concert was a delight - bringing a long awaited sense of hope and positivity.