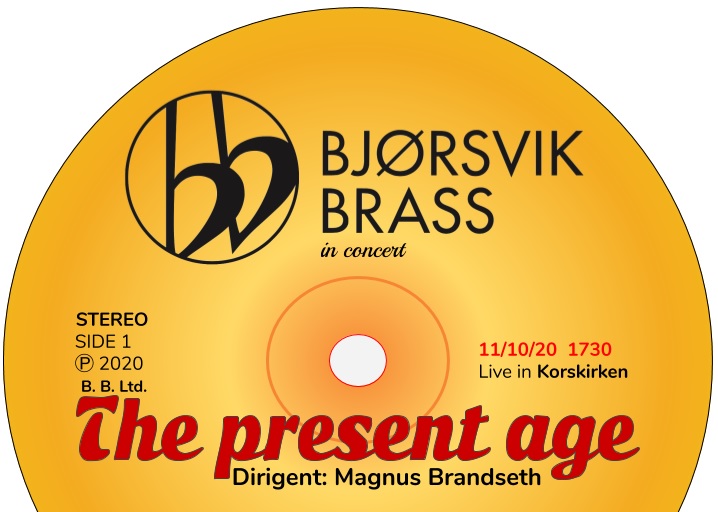 Norwegian banding continued its emergence from the musical isolation of the Coronavirus with this enjoyable concert rearranged from its original date last month as the first part of a Wilfred Heaton appreciation alongside Eikanger Bjorsvik.

It took place in the chiaroscuro beauty of the Korskirken Church just a short walk from Bergen’s Greighallen where Bjorsvik Brass has enjoyed its meteoric rise through the sections since it first competed there in 2009.

It was followed by the sombre tread of ‘The March back to Camp’  from Howard Snell’s ‘Gallery’  (omitted from the work when it was used at the Albert Hall in 2017) and the tenderness of ‘The Old Couple’, subtly paced with octogenarian reflection and both framed by the MD with an eye to textured colour.

It was followed by the sombre tread of ‘The March back to Camp’  from Howard Snell’s ‘Gallery’  and the tenderness of ‘The Old Couple’, subtly paced with octogenarian reflection and both framed by the MD with an eye to textured colour.

The first half concluded with a dramatic reading of Leslie Condon’s ‘The Present Age’ - a work pertinent to troubled times; the youthful protagonist’s faith tested by frivolity, hatred and sneering ignorance before emerging renewed in strength and courage.

The remarkable renaissance of Wilfred Heaton’s music has been admirably led by Paul Hindmarsh, who has revealed more than anyone the recessed complexities of the composer's musical personality.

The contrasts could not have been starker if painted in chiaroscuro technique itself.

The quixotic strains of ‘Praise’ - aided by an eccentric ritenuto before the final stanza that sounded as if the band had marched into a stretch of Bergen road covered in treacle, and a Da Capo  that was simply downright odd, balanced against the angst and dissonant drama of his ‘Lento’, with its ebbing Mahleresque emptiness to close.

An evocative setting of ‘Abide with Me’  seemed entirely appropriate before an authoritative performance of Simon Dobson’s ‘Penlee’  drew dramatic imagery to the mind’s eye.

It remains a musical story of self sacrifice that never loses its visceral impact, especially in a port city inextricably linked to the perils of the sea.

January 17 • Chadderton Band is a very friendly non contesting band playing at various events throughout the year. We are looking for players of any age and ability on all sections of the band + EUPH Drums. Please come along to one of our rehearsals give us a try.