From North to South 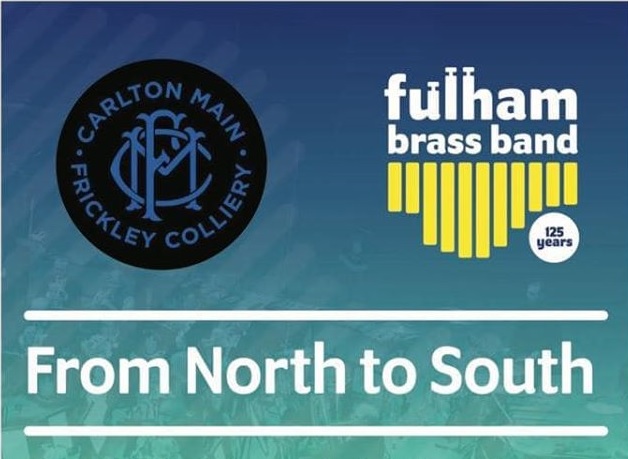 En route for a Sunday afternoon concert in Crawley, Carlton Main stopped off in Croydon for a joint concert with Fulham Brass, recently promoted to the Championship Section.

The hosts set out their stall in fine fashion with Lionel Richie's 'All Night Long' before being joined by Kirsty Walker (née Abbotts) who captivated the audience with a finely-judged account of the Eric Ball classic 'Clear Skies'.

With the Regional Championship due on the horizon (unfortunatley 24 hours before it had just been cancelled) Fulham continued with 'A Tale As Yet Untold'; John Ward outlining a very creditable performance with first class solo work from the solo horn and euphonium in particular.

It was good to hear Howard Davies' setting 'He Found Me', typical of the devotional repertoire of Salvation Army bands. Fulham's Tasha Strange, in her third year at Music College then gave a fine rendition of the finale of David's 'Concertino for Trombone'.

They finished their set with 'Lifeline', a new work from the pen of Belfast composer Chelsea Pascoe, incorporating the choruses 'Able to Save' (in an irregular 7/8 meter), and 'Mighty to Save', initially presented in subdued form before the two melodies combined in a positive finish.

The welcome visitors were in fine form; Carlton Main opening with Earth, Wind and Fire's 'In the Stone', followed by a scintillating account of 'Ruslan and Lyudmila'.

The welcome visitors were in fine form; Carlton Main opening with Earth, Wind and Fire's 'In the Stone', followed by a scintillating account of 'Ruslan and Lyudmila'.

15 year old Lucy Healey is the principal cornet of the National Children's Brass Band, and was joined by baritone player Paul Haigh in Ben Holling's charming 'Novella'. All sections of the band then had a good workout with Paul Lovatt-Cooper's 'Horizons' before Fulham's Jonti Smith
joined them for 'Rule Britannia', the soloist acquitting himself well in the tricky variations.

Film music completed their programme, with 'Star Wars' and the Saturday morning picture memories of 'Indiana Jones and the Temple of Doom' which bookended Rob Brown's lovely tuba playing in 'Nature Boy'.

The band then set everyone's feet tapping with an exciting encore of 'Caravan'.