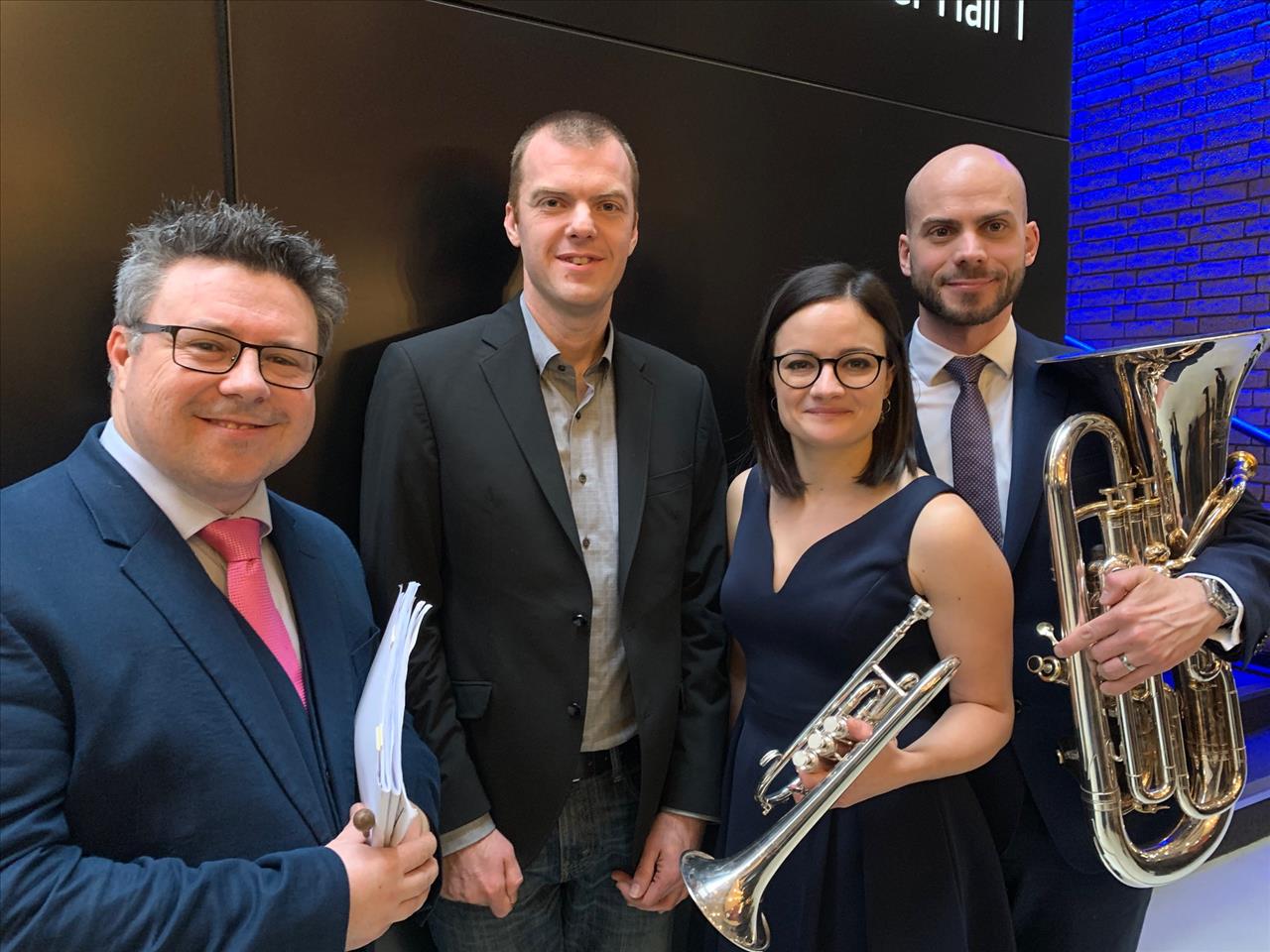 Two world premieres - one from an exciting emerging talent, the other from an established creator of outstanding repertoire whetted the appetite of mid morning listeners for what was a thoroughly engaging concert.

Jay Richardson’s ‘Free Speed’  (a commission for winning the 2019 John Golland Award) was an immersive work that fully exploited the acoustic expanse of the RNCM Theatre; small ensembles placed on high as well as at ground level to bring a metaphorical sensation of flight echoing in the air - an elegant murmuration changing the coordinated sonic shape of the music.

The triptych told of a journey - from departure to destination; a tango-like feel of expectation followed by a relaxing flight above the clouds as the cultured Swiss soloist (now studying finance in her home country) was joined by her partner Philippe Schwartz on euphonium (business class presumably given the relaxed interplay).

It closed with busy touchdown in a new country and quick march towards a new adventure. It is a work destined to gain many more passport stamps on its pages.

‘Free Speed’ was an immersive work that fully exploited the acoustic expanse of the RNCM Theatre; small ensembles placed on high as well as at ground level to bring a metaphorical sensation of flight echoing in the air - an elegant murmuration changing the coordinated sonic shape of the music.

Peter Meechan’s deeply personal reflection on the troubling sense of loss that still permeates each anniversary of the 1989 Hillsborough football disaster (the composer is a long standing Liverpool FC fan) not surprisingly still retains a raw immediacy given the ongoing unresolved search for justice for those who perished.  'Epitaph (for Hillsborough)'  was conducted with thoughtful respect by Anna Hartmann.

A work of precocious, youthful vigour (originally written for a symphony when he was 16), it was subsequently arranged for brass band by Philip Littlemore - losing none of its playful power and mischievous energy in the process, as urged on by MD, David Thornton it bubbled with energised verve.