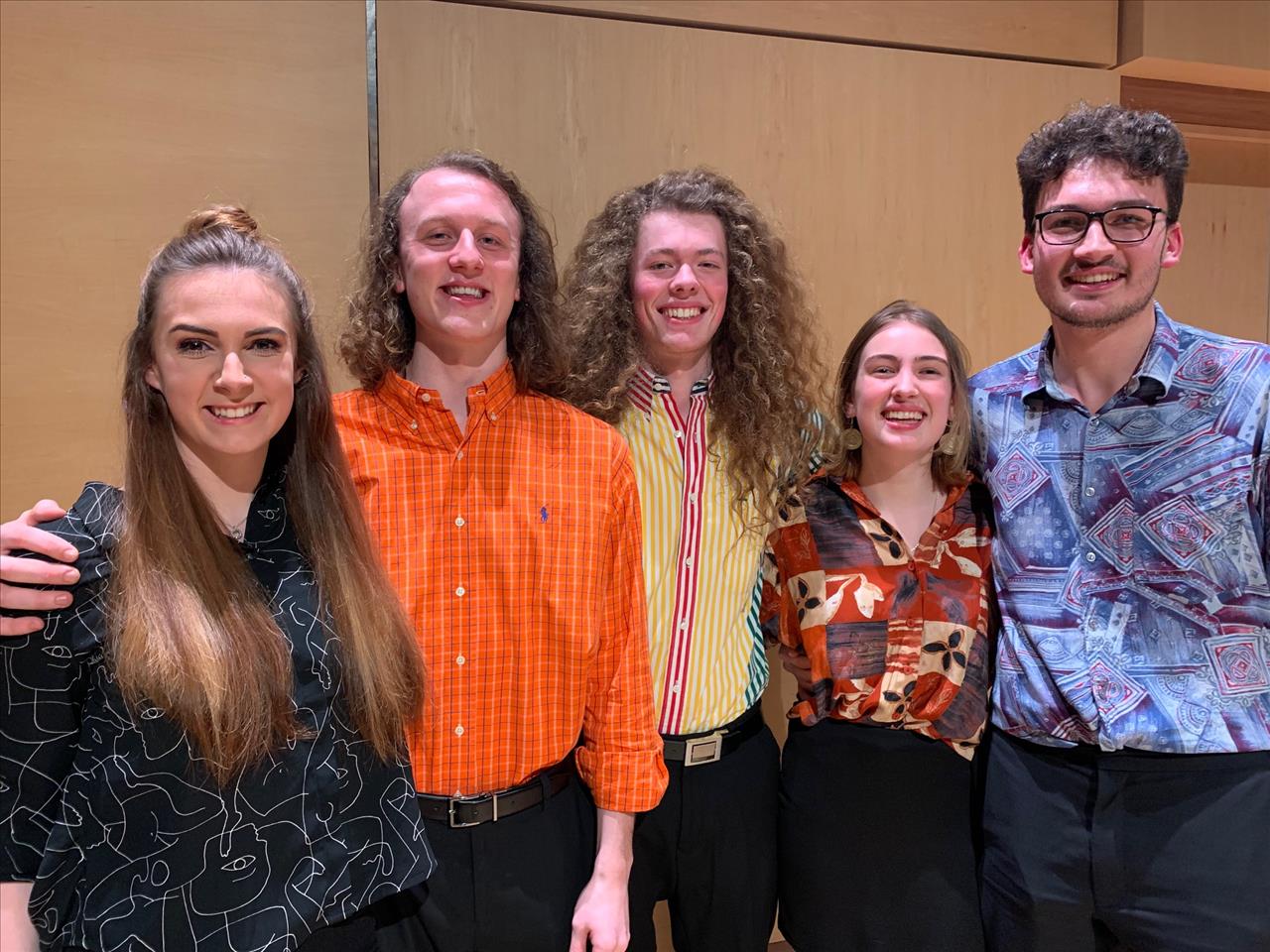 A rich vein of black-edged sardonic humour was tapped into with this impressive opening prelude given by the RNCM student quintet to mark the opening of a weekend of brass music making.

Werner Pirchner’s surreal composition was originally the musical backdrop to an equally surreal 1983 stage comedy, and told of a fantastical small town Austrian tale of ‘Kaiser Joseph and the Train Attendant’s Daughter’.

It was a series of bite sized (18 in total) ‘amuse-bouche’ skits - his Imperial Highness turning up somewhat unannounced during a hunting trip to stop off for a drink or two and perhaps a whiff of something or other that set the mind’s eye racing.

That provided the cue for various escapades flavoured with more than a hint of Kurt Weill and 1930’s Weimar Republic excess alongside nods of appreciation to Charles Ives and H.K Gruber.

It was delightfully, ever so darkly acidic, as dry witted as Vermouth Martini chasers and occassionally down right bonkers: ‘God Save the King’ was mixed in with ‘The Blue Danube’, shouted military commands with bleating sheep, braying horses and spit soaked shoes, strong Austrian beer, Turkish market traders, a riot and an attempted royal assassination.

Order it seemed, was restored only with the arrival of the British Ambassador in a hot air balloon - Phineas Fogg as a latter day Boris Johnson stuck on his high-wire diplomacy with Union Jack in hand.

Order it seemed, was restored only with the arrival of the British Ambassador in a hot air balloon - Phineas Fogg as a latter day Boris Johnson stuck on his high-wire diplomacy with Union Jack in hand.

Quite how the players managed to hang it all together to make understandable sense was a bit of a triumph in itself.

Excellently played (the balance between the two trumpets aided by the colour and warmth of the French horn and trombone and the solid malleability of the tuba), it was delivered with a wholehearted enthusiasm to play musical comedy with serious intent.

The addition of a wax-moustached narrator in the mode of John Cleese in the famous ‘Mr Creosote’ sketch would have perhaps topped it perfectly.

All that was missing was the ‘wafer thin mint’ finish.