The Fairlop Band has enjoyed a fantastic 40th anniversary in 2008.

The Fairlop Band has taken the opportunity through 4BR to thank everyone who has contributed and supported their 40th Anniversary Celebrations this year.

The year started with the release of their second CD 'Celebration' which has enjoyed very successful sales throughout the year, whilst in July they staged an Anniversary Concert.

The packed audience included many former players and supporters, some who had travelled considerable distances, who enjoyed an event full of nostalgia, particular when several former players joined the band on stage for the final few items.

A few weeks later the band with many family members headed off to Northern Italy for its third European Tour, where it received fantastic feedback from concert promoters and audience for not only the performances, but also the very professional way it conducted itself.

Finally their celebrations ended with another Concert where Richard Marshall was guest artist.

MD Kevin Jordan told 4BR: "The band now has a busy Christmas programme ahead before taking a week off and starting to prepare for the Nationals which will include a one day work shop with Alan Morrison." 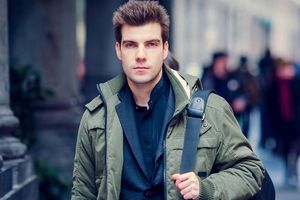