David Allen, the backroom driving force behind Black Dyke has stepped down from his role as Chair of Trustees at Black Dyke to be replaced by Trevor Caffull.

Black Dyke Band has announced the retirement of its Chair of Trustees, David Allen.

He had been in the post for 14 years and a trustee of the Queensbury band for eighteen — being seen as integral driving force in supporting the musical success achieved during the tenure of Director of Music, Prof Nicholas Childs.

Speaking on behalf of the band, Prof Childs told 4BR: "I've been the beneficiary of David's loyal and consistent support every since he came to the band. He has shared a vision for the band that has made Black Dyke a name respected throughout the musical world.

Everyone associated with Black Dyke is indebted to him for his organisational skills, as well as his personal financial support of the band over such an extended period of time."

He has shared a vision for the band that has made Black Dyke a name respected throughout the musical worldProf Nicholas Childs.

He will be replaced as Chair of Trustees by Trevor Caffull, CEO of Salvation Army Trading Company, and himself a trustee of Black Dyke for the past 10 years.

He told 4BR: "I would wish to put on record the thanks of the board of trustees to David Allen for his unstinting service to Black Dyke Band over the past 18 years.

I am humbled that the trustees have asked me to succeed David, and although the current challenges, which will be familiar to all bands in these days, are significant, I remain optimistic for the future of brass bands generally and in particular for Black Dyke Band". 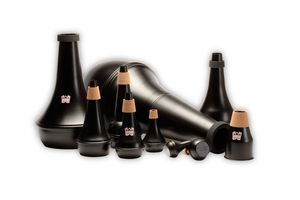 July 24 • The Covid-19 lockdown has seen sales of practice mutes surge for the award winning manufacturer. 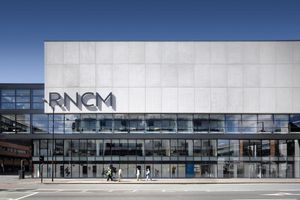 July 24 • The Royal Northern College of Music will be a much greener, less carbon hungry place to learn, perform and visit in future. 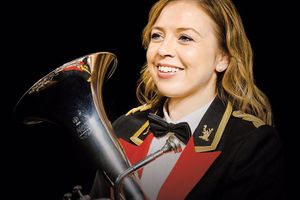 July 23 • Baritone star Katrina Marzella is the latest top musician to be featured on the new Yamaha Artist Insights podcast. 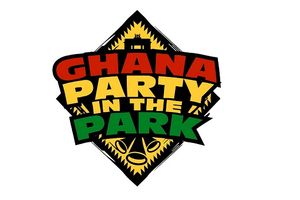 Get a taste of all things Ghana

July 23 • There is a wonderful opportunity to enjoy the sights, sounds and tastes of Ghana this weekend in London.