New leadership at top at Stavanger

The respected Anders Rydberg takes over the Chairman and Board Leader role from Ulf Rosenberg at the Norwegian champion.

Stavanger Brass Band, the reigning Norwegian National Champion, has announced the election of a new Chairman and Board Leader.

Anders Rydberg (above) was elected to the role at their recent Annual General Meeting, and takes over from the experienced Ulf Rosenberg.

Anders is a well known figure within the Norwegian movement, both as a respected percussionist with the band and in heading the committee that organises the Siddis Championships.

Speaking about his appointment, Anders told 4BR: "It is with great humility that I take on this important role.

I want to thank Ulf Rosenberg for everything he has done as a chairman for the past decade and more, and we are all greatly reassured that he will continue to play a hugely important role as part of the board."

With the European Championship in Malmo to look forward to in 2021, we are thrilled to have recruited Anders to this vital roleStavanger Brass Band

Band spokesperson Karianne Flatene Nilssen added: "With the European Championship in Malmo to look forward to in 2021, we are thrilled to have recruited Anders to this vital role.

We are very much looking forward to the upcoming season, when things get back towards normality following the relaxing of COVID-19 restrictions and guidelines."

January 15 • Despite the restrictions and the weather there is still a little bit of fun to be had if you want to play together.. Enjoy the 4BR winners at Wobplay

January 15 • You can now enjoy a dozen 4BR 'CD of the Year' releases on the Wobplay.com platform. 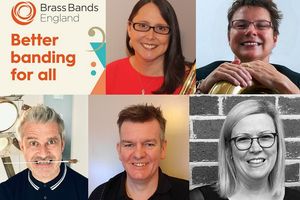 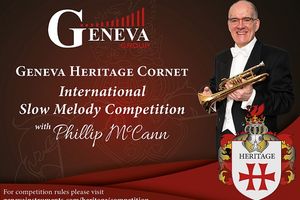