Fishburn MD Huw Thomas has just returned home from a trip to Aalborg in the north of Denmark working with the Nordvestjysk Brass Band.

Huw led an intensive rehearsal weekend which culminated in a highly successful concert in the Gug Kirke in Aalborg. The beautifully designed modern church with its great acoustic played a major part in attracting a packed audience to the event.

The programme included works by Edward Gregson and Philip , with solo contributions from Anders Larsen on trombone playing ‘Homelands’, horn player Stine Nielsen with ‘And Everything is Still’ , Kristian Kloster on bass trombone playing ‘Minnie the Moocher’ and the talented Anne Birk on baritone with ‘Carrickfergus’.

One last minute inclusion by Huw saw the performance of the beautiful Welsh melody ‘Dafydd Y Garreg Wen’ (David of the White Rock), with the MD explaining to the audience the inspiration behind the work.

Huw told 4BR: "The band’s work ethic was fantastic and their professionalism was second to none especially in some excellent playing in the concert. The level of commitment and professionalism on show was excellent too.

I found that the Danish take their banding very seriously and are making an increasingly important contribution to the international brass scene."

New relationships and contacts have been forged as a result of this project and the future looks very bright for this very talented bandMD, Huw Thomas

He added: "New relationships and contacts have been forged as a result of this project and the future looks very bright for this very talented band." 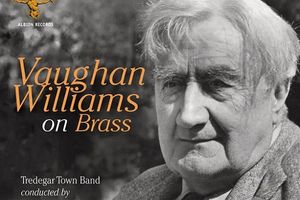 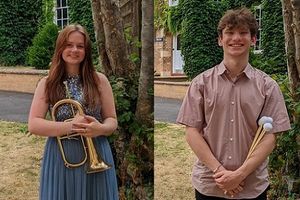