Helen Varley examines the lasting appeal of the film, as a 'Live' approach to performance maintains the emotional connection to a familiar story. 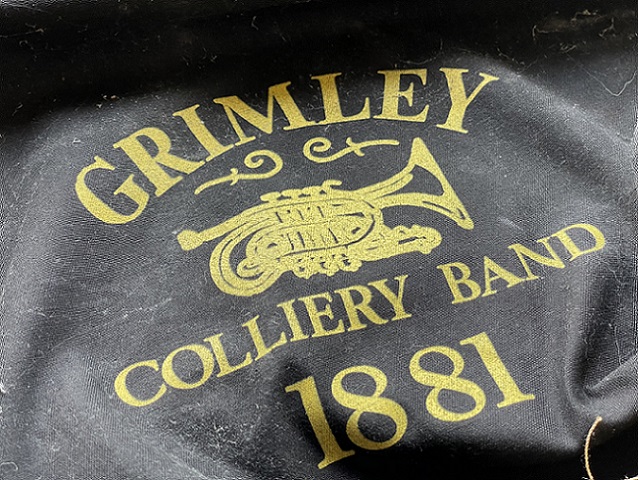 As Kim Ward was packing away Grimethorpe Band’s merchandise stall following the ‘Brassed Off Live!’ performance at the Royal Albert Hall in May, she was approached by a steward with a wry smile on his face.

“I’ve never seen that before, and I’ve been here a pretty long time,” he said.

Puzzled, Kim, who over the years has dealt with just about every question and enquiry about the band imaginable, politely asked just what he was referring to.

“Three standing ovations,” came the reply. “One maybe two, but three.  That’s a first for me.”

In truth it could well have been four or even more, as a near capacity audience rose to show their appreciation of both the iconic film and its live accompaniment on what was a memorable evening.

“Three standing ovations,” came the reply. “One maybe two, but three.  That’s a first for me.”

This was the second time ‘Brassed Off Live!’ had come to London’s iconic concert hall (although it was Birmingham Town Hall that was used for the climax of the famous film), in a delayed performance that was originally scheduled before Covid-19 struck. 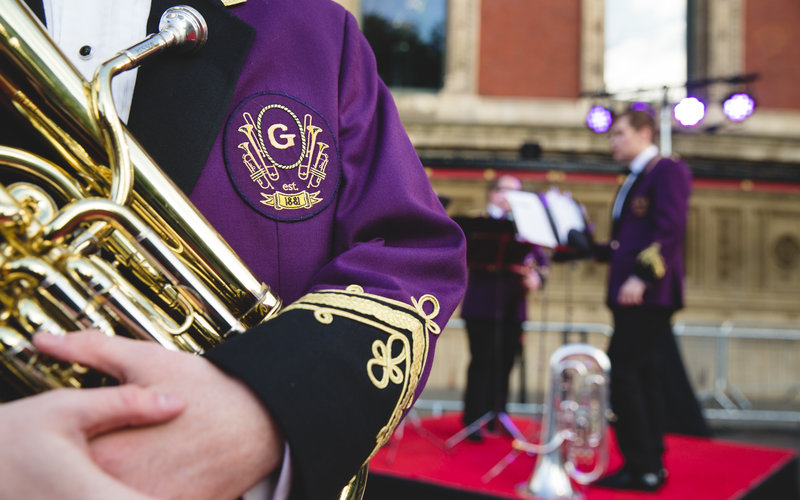 An iconic brass band at an iconic venue

Over a quarter of a century after it first hit the screens, ‘Brassed Off!’ retains huge audience appeal.

The tale of Grimley Band’s pyrrhic ‘National’ victory played out against the backdrop to the imminent closure of the pit that had sustained it and its community, is one that also continues to hold a great deal of emotive resonance.

To perform as part of this ‘Live!’ experience maintained that.

The film itself has not changed, yet this new approach to enjoying it has a somewhat unexpected, almost surreal feel.

​The tale of Grimley Band’s pyrrhic ‘National’ victory played out against the backdrop to the imminent closure of the pit that had sustained it and its community, is one that also continues to hold a great deal of emotive resonance.

Racing through the finale of ‘William Tell’  on the Albert Hall stage, knowing that ‘Grimey’ has won, yet still being fuelled by an adrenaline rush every bit as immediate as any felt in the final bars of a ‘real’ contest performance gets rather ‘meta’ when the action is also reflected in the eyes of a spellbound audience.

Although some of the current Grimethorpe players were not even born when the Miners’ Strike took place, they are acutely aware of the enormous responsibility the band represents when it is recalled.

The film is no sugar-coated fantasy; its bittersweet edge losing none of its sharpness over the years.  The musical accompaniment has much to do with that. 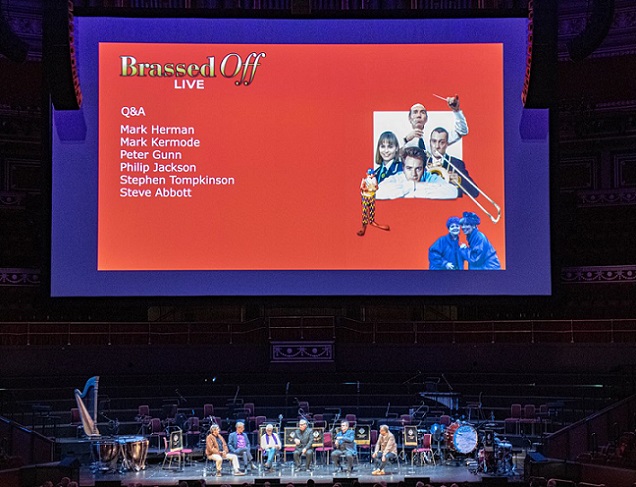 Film critic Mark Kermode summed it up in the pre-show Q&A session when he said that it was a film that, “needs to be championed as much as is humanly possible…..The politics of the film are why it has endured”.

To him it is a film that is more than just what he called “a crowd pleaser, a foot stomper, a tear jerker.”

“…the music of the Grimethorpe Colliery Band - a stirring, authentic, uplifting sound that transports us right into the world of the film.

He went on to add that it had, “…an important and heartfelt political message that gets to the very core of our national character” – one that had at its heart, “…the music of the Grimethorpe Colliery Band - a stirring, authentic, uplifting sound that transports us right into the world of the film. 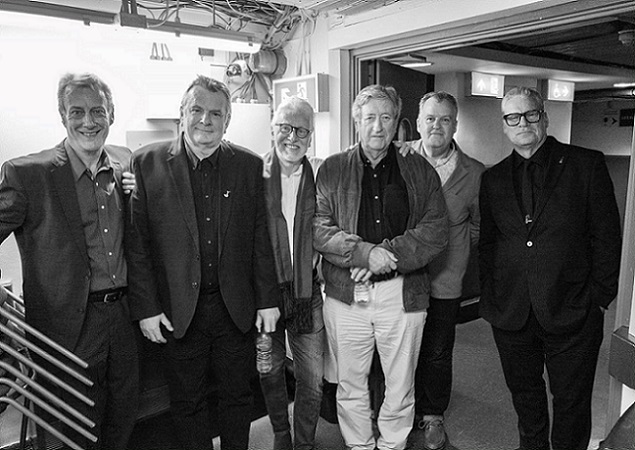 Black and white but still full of colour...

He went on to say: “It’s hard to describe in words the perfect fusion of sound and vision that Mark Herman and the band create in Brassed Off. It really is a film that needs to be experienced rather than read about.

And that experience is taken to a different level when you hear the music is performed live! It is a transcendent experience - empowering, emotional, engaging and transformative.

I've spent decades of my life watching films in cinemas but seeing Brassed Off with the Grimethorpe Colliery Band playing live is one of the greatest viewing experiences I've ever had. I can't recommend it highly enough. It's genuinely sublime.”

I've spent decades of my life watching films in cinemas but seeing Brassed Off with the Grimethorpe Colliery Band playing live is one of the greatest viewing experiences I've ever had. I can't recommend it highly enough. It's genuinely sublime.”

That was some endorsement, but on the night he was not alone in sharing that opinion - with producer Steve Abbott adding: “It [the colliery] might have completely closed now, but the film is resonating today with what’s happening in those communities, particularly across the North.”

Still on a high

And on a day when politicians once again came under a scrutiny over their probity (the Sue Gray ‘Partygate’ report was released in the afternoon) little wonder a film recalling a political battle of wills rather than bottles of wine still elicited such a response.

Not surprisingly everyone involved was still on a high as the band and members of the original film cast met up to toast the success after the performance finished. 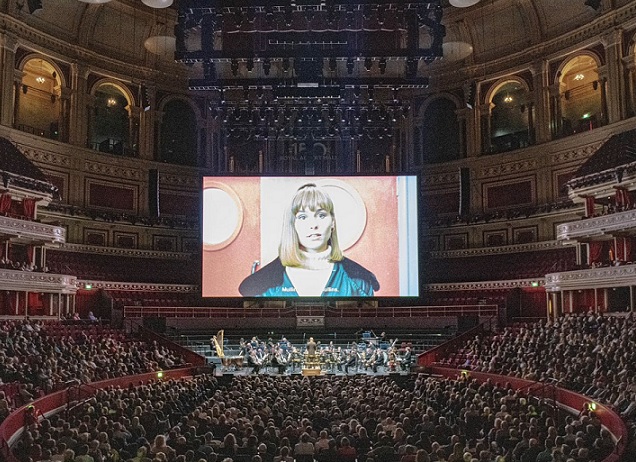 Included were the three members of the current Grimethorpe Band who had featured in the film – and whom producer Steve Abbott demanded were given a special bit of red carpet treatment.

Steve Peacock, Roy Bowater and David Arnold had a wonderful time reminiscing with their actor friends, all of whom have remained loyal Grimethorpe fans.  It also said something that it was the actors who wanted the selfies with the band, and not the other way around.

So too members of the Royal Philharmonic Orchestra who added to the experience in playing alongside Grimethorpe in the performance.

And when James Fountain, the current principal trumpet of London Symphony Orchestra comes along to say how jealous he was that he wasn’t playing with his old band on the night, then you know things are good. 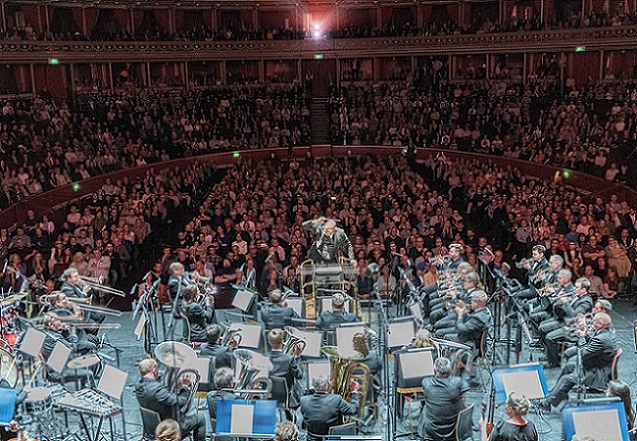 The best was kept until last though, as the celebrated writer and director of the film, Mark Herman added his congratulations.

“Many people I’ve spoken to who are involved in these ‘live music to film’ events have said it works even better with Brassed Off than it does with other, much bigger films like Titanic, E.T. or Gladiator,” he said.

It’s a film about musicians, and the musicians are there in front of you… In Brassed Off Live!”

“They have the massive scores, the colossal orchestras, but it’s the fact that the music in Brassed Off is being played by the characters in the film….that makes it so particularly special for an audience.

It’s a film about musicians, and the musicians are there in front of you… In Brassed Off Live!”

He added: “And its Grimethorpe’s ability to do this, without even a flicker of an eyebrow, that makes them, in my unbiased view, the best band in the world.”

Grimethorpe’s critics sometimes accuse the band of ‘milking’ the popularity of ‘Brassed Off!’, yet Frank Sinatra never let himself be too bothered by having to sing ‘My Way’ time and time again.

One benefit is that it has given the band the freedom to work on new innovative projects.  It is easy to forget that Grimethorpe’s artistic outlook has always been inventive and creative.

‘Brassed Off!’ has just been another branch of that. The two can go hand in hand. 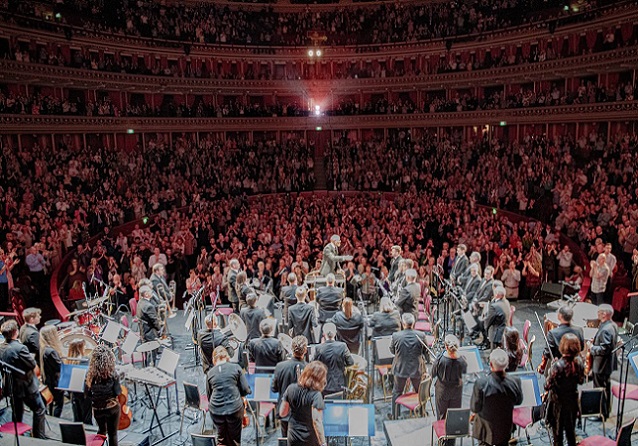 Commissions with resident composers Liz Lane and Jack Stamp, and the band’s willingness to take musical risks is leading to invitations back to the festival scene where under the likes of Elgar Howarth they first made their name to a wider audience.

Then of course came Brassed Off!

And 25 years later, Grimethorpe is once again doing what it does best. And three standing ovations tell you that.