Its a legendary tale of love, music and swimming with gourds for arm bands that tests the contenders in the Third Section. But who will enjoy the same happy ending? 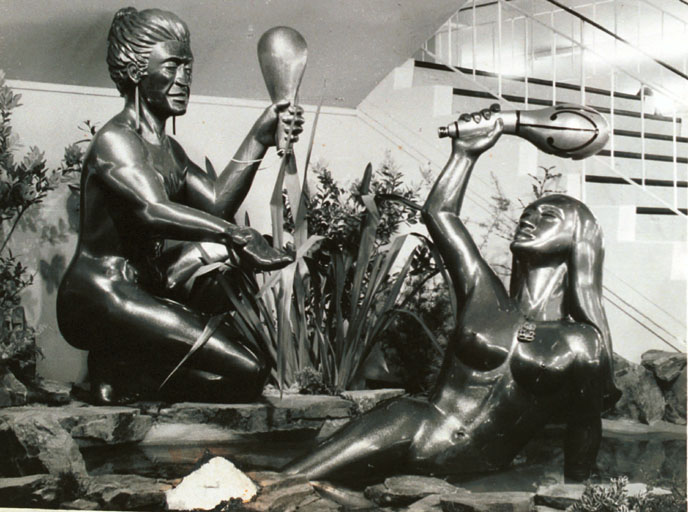 Just a few months after the titanic clash between the combined rugby forces of the northern hemisphere and their Aotearoan counterparts, comes another tasty battle of contesting wills, with representatives of the eight regions of the UK tackling a formidable New Zealand opponent.

This time it comes in the form of Gareth Wood’s ‘Hinemoa’ - commissioned by the New Zealand Brass Bands Association for their centenary National Championship B Grade contest in 1980 (alongside Philip Sparke’s ‘The Land of the Long White Cloud’ for the A Grade event).

The work (which has surprisingly been rather neglected over the years) recalls the legendary Maori tale of the noble born Hinemoa and her determination to be reunited with her true love Tutanekai, following an all too brief meeting and enforced departure.

His nightly flute playing serenades her from the far island of Mokoia on Lake Rotorua, fuelling her desire and swimming skills (using six empty gourds as flotation aids) to make the hazardous crossing to fall into his arms.

His nightly flute playing serenades her from the far island of Mokoia on Lake Rotorua, fuelling her desire and swimming skills (using six empty gourds as flotation aids) to make the hazardous crossing to fall into his arms.

Unlike other legendary tales of ‘star crossed lovers’ and forbidden trysts that have inspired many an operatic composer over the years, this one has a ‘happy ever after’ ending (Hinemoa is no Juliet, Mimi or Madam Butterfly). Gareth Wood brings down the final curtain on an uplifting note of in flagrante delicto - although in the original tale, she does play a bit hard to get even after her epic cross channel swim. 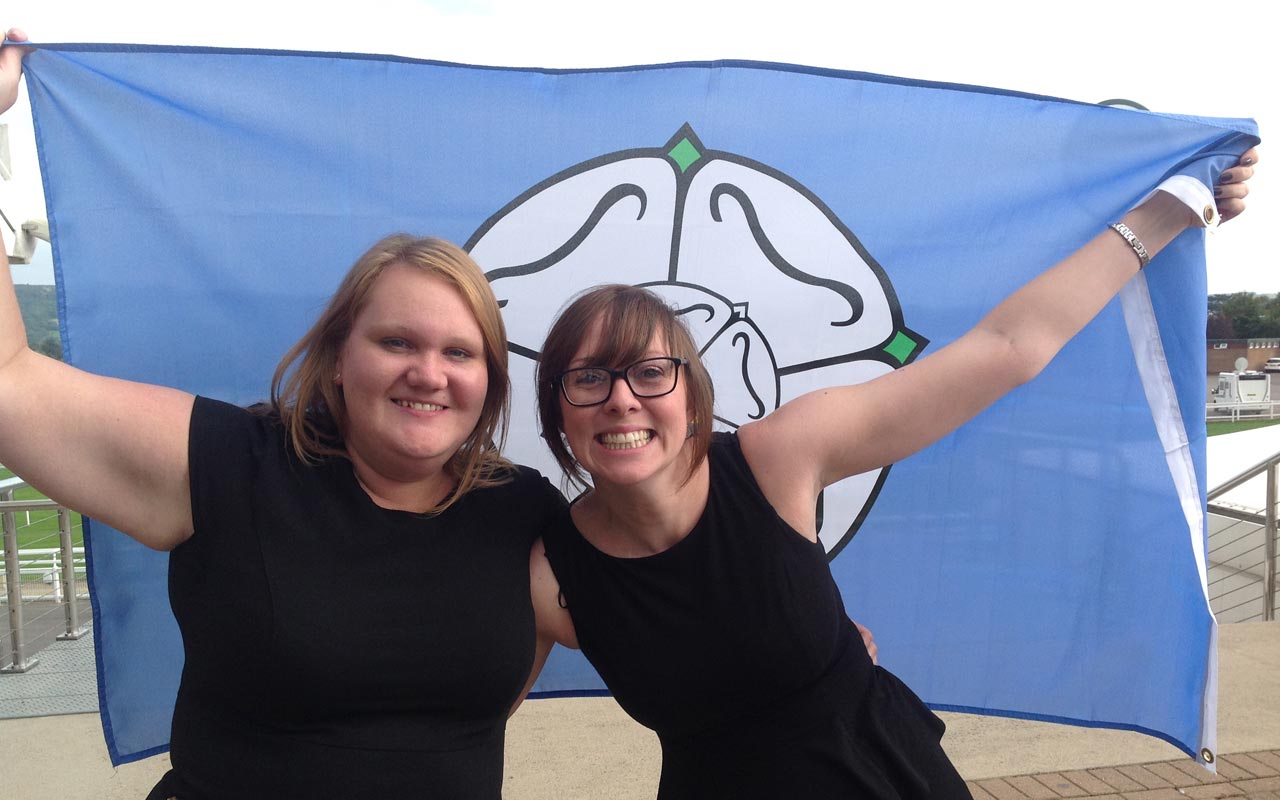 Will there be another Yorkshire winner this year?

In fact it’s a romp. Most probably Tutanekai had to light up a post-coital cigarette after the passion died down.

It’s also a testing work for Third Section bands; within their technical and musical scope, but asking stern questions of balance, dynamic variance and stamina.

The main solo lines are lyrically inspired, whilst the percussion plays an important role in evoking atmosphere and suspense.

It’s also a testing work for Third Section bands; within their technical and musical scope, but asking stern questions of balance, dynamic variance and stamina.

In fact, there is a lot packed into its 12 minutes duration for the MDs to get to grips with - and plenty to keep Mark Wilkinson and Glyn Williams engaged in the comparison stakes in the adjudication box on Sunday morning.

This could be the most difficult contest of the weekend to predict before a note has been blown, as over the last decade there have been winners from seven different regions. Last year Yorkshire’s excellent Crofton Silver came out on top followed by top-six representatives from the North of England, London & Southern Counties and the North West.

It could very well be the same type of mix once more. 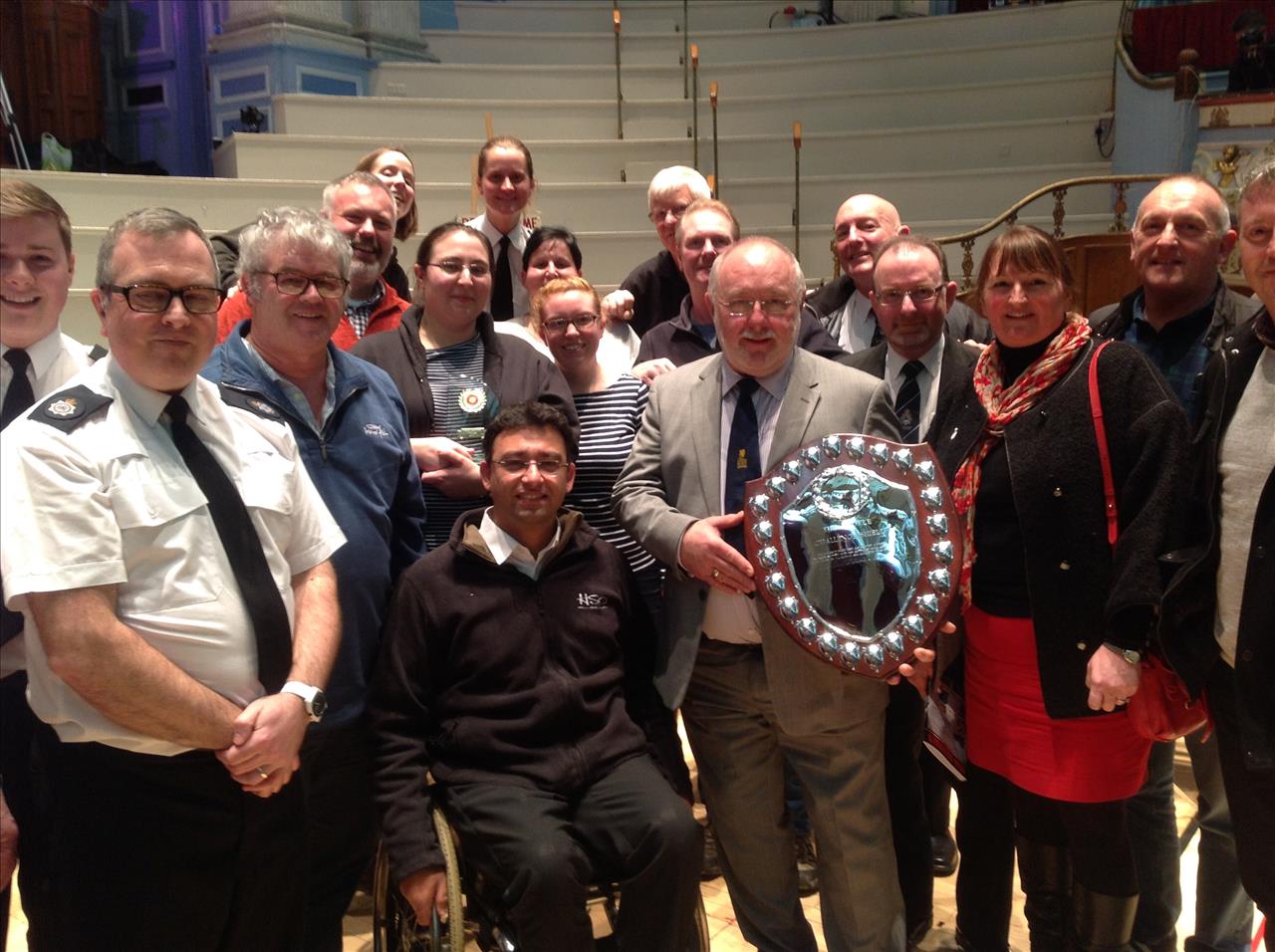 Can the force triumph once again?

Yorkshire’s hopes of retaining the title rest with the impressive representatives of Area Champion West Yorkshire Police and BD1 Brass.

The force was certainly with Kevin Wadsworth’s band at Huddersfield as they won from the number 1 draw, whilst Lee Skipsey’s community ensemble rounded things off in equally fine fashion as the last band of the day. Even if they draw the same fates this weekend, you suspect both will still fancy their chances.

The same could also be said of the trio of Red Rose representatives that battled through from a keenly fought contest at Blackpool.

Area Champion Rivington & Adlington (back at the Finals for the first time since 2009), Trinity Girls (first time since 2012) and Formby (returning following their appearance in the Fourth Section last year) are all ensembles led by talented MDs who know how to make a significant mark at this level.

There should also be plenty of confidence on show from the qualifiers from London & Southern Counties, as they have a fine record of late; with two victories (2012 and 2013) and four top-six finishes in the last five years. 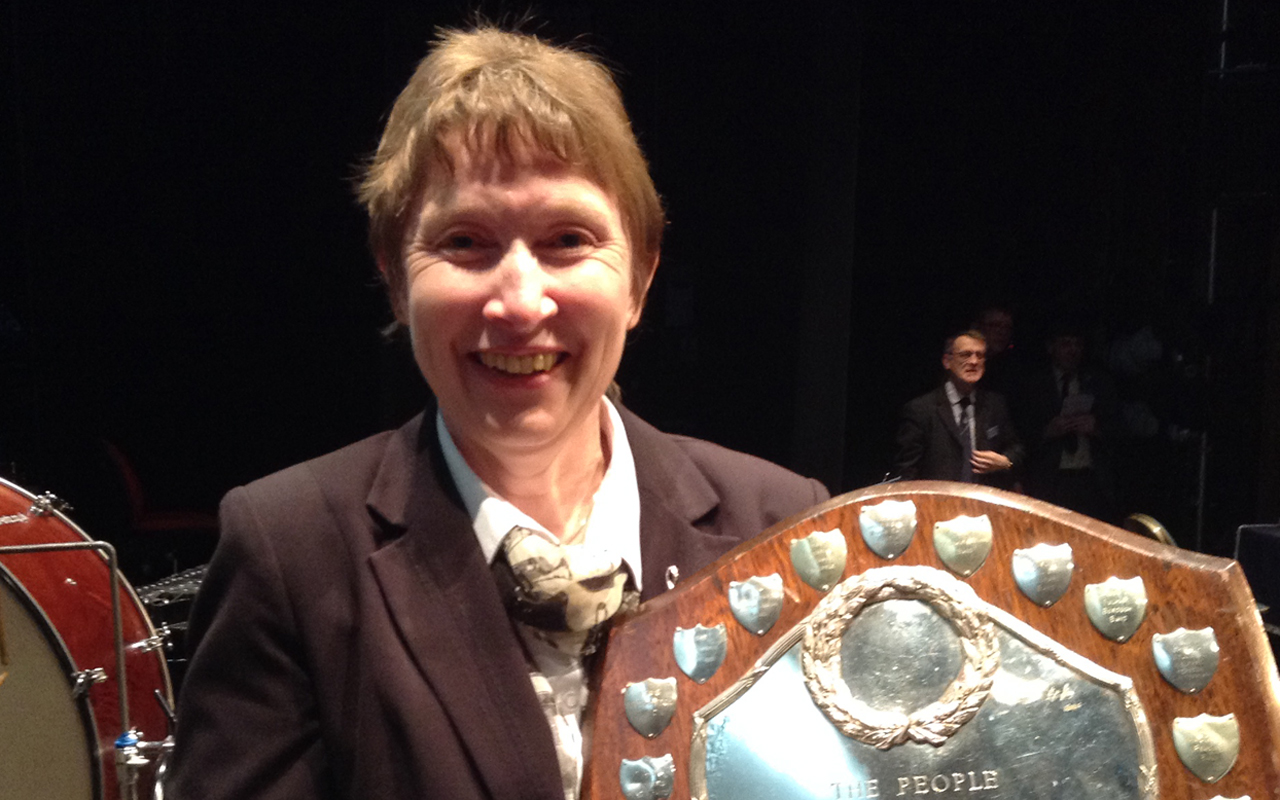 The Third Section has not been fertile title-winning land for the Celtic nations over the past few years – especially for the Scots.

The Third Section has not been fertile title-winning land for the Celtic nations over the past few years – especially for the Scots.

You have to go back to 2000 for the last time the title headed back over Hadrian’s Wall, whilst the Welsh have only managed to take it over Offa’s Dyke once this millennium (2014)

This time the tartan challenge comes in the form of Champion, Irvine & Dreghorn and fellow qualifier St David’s Brass (winners at Fife in May), whilst Welsh hopes rest with Newport Borough (who came fifth here last year in the Fourth Section) and Abertillery & District.

The band making the shortest trip to Finals is West of England Champion Cheltenham Silver (they are based just six miles from the racecourse).

They delivered in fine style in Torquay as the last band to play in a keenly fought contest, ahead of fellow qualifiers Corsham (first time back since 2014) and the returning Midsomer Norton & Radstock Silver (who came 13th). All three could be contenders to watch out for under their experienced MDs. 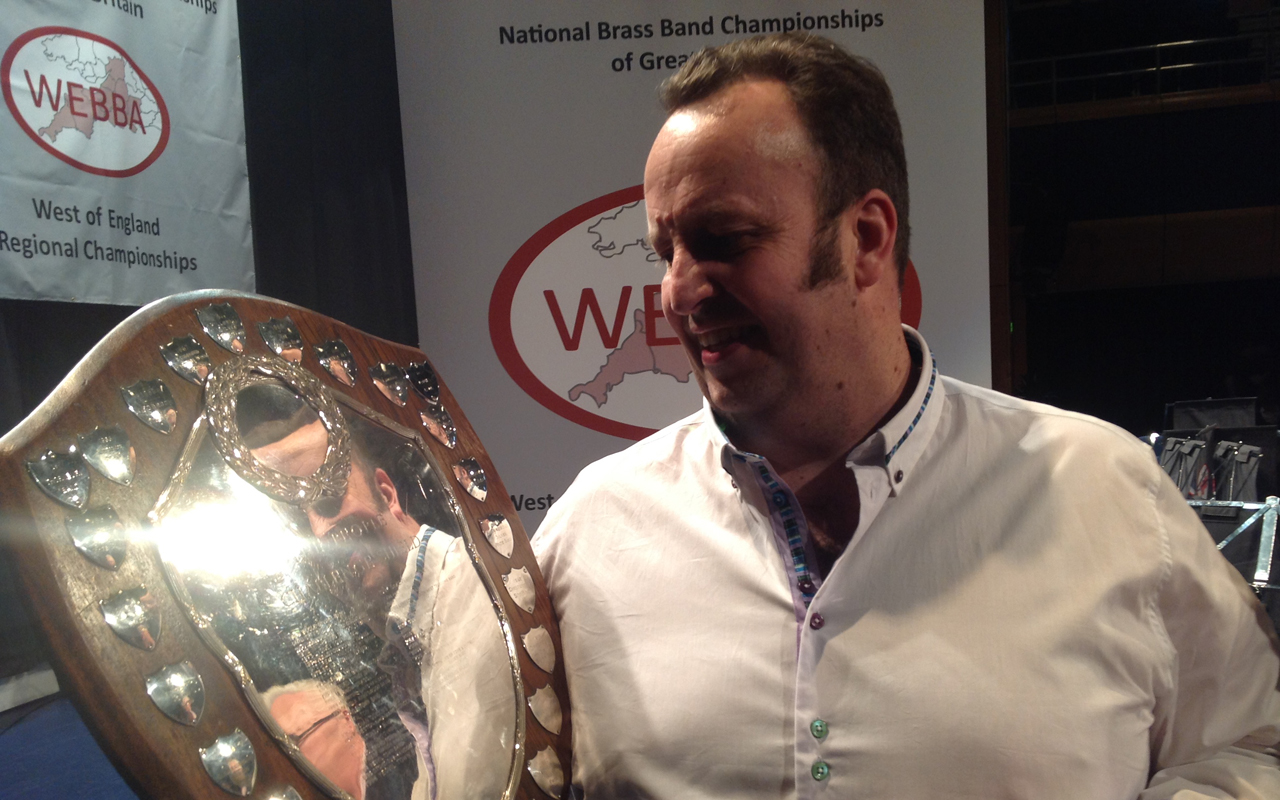 That could also apply to the brace of representatives from the North of England - an area that has really made a mark here in the last two years with a victory and a runner-up spot to their name.

This time it’s up to debutants Barton Community (who were the most joyful of victors in Durham) and their counterparts Kingsway Printers Cleethorpes to add their names to the honours list.

That leaves the strong looking challenge that is sure to come from the Midlands; with in-form Area Champion Rolls Royce (Derby), Ifton Colliery (making their final representative appearance before heading to Wales), and the impressive Butlins champion Shirland Welfare.

Three busy, well led bands with experience in front and around the stands, they will be looking to secure a first Midlands success since 2008.

As we have said – this could be the one contest of the weekend that will be the closest to call.

Shirland Welfare was a fine victor at Skegness and could be the band to beat if they play like that again, whilst Ifton Colliery and Rivington & Adlington could run them close alongside West Yorkshire Police, Rolls Royce (Derby) and Trinity Girls.

Our dark horses are BD1 and Corsham.