All the action from the 2017 Butlins Mineworkers Championship Section 1 — as it happened. 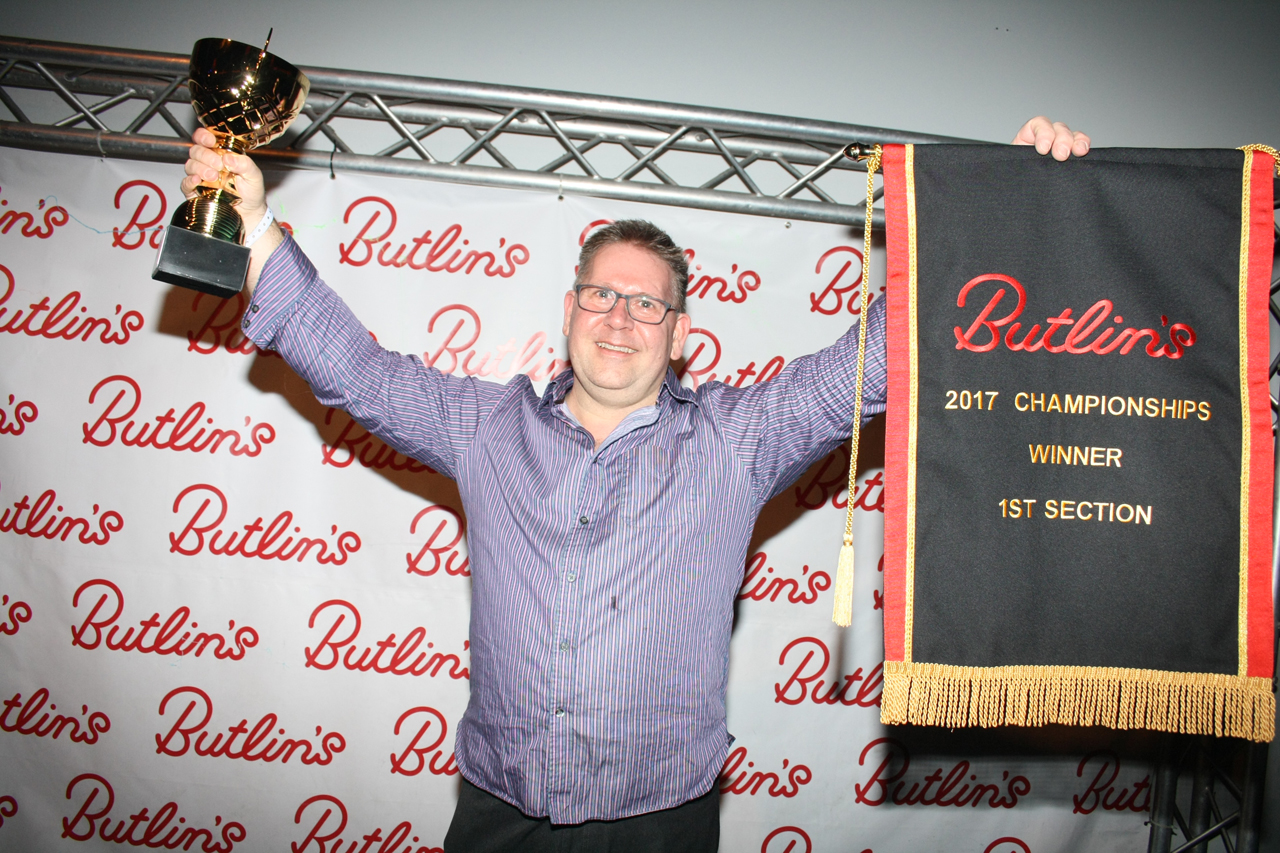 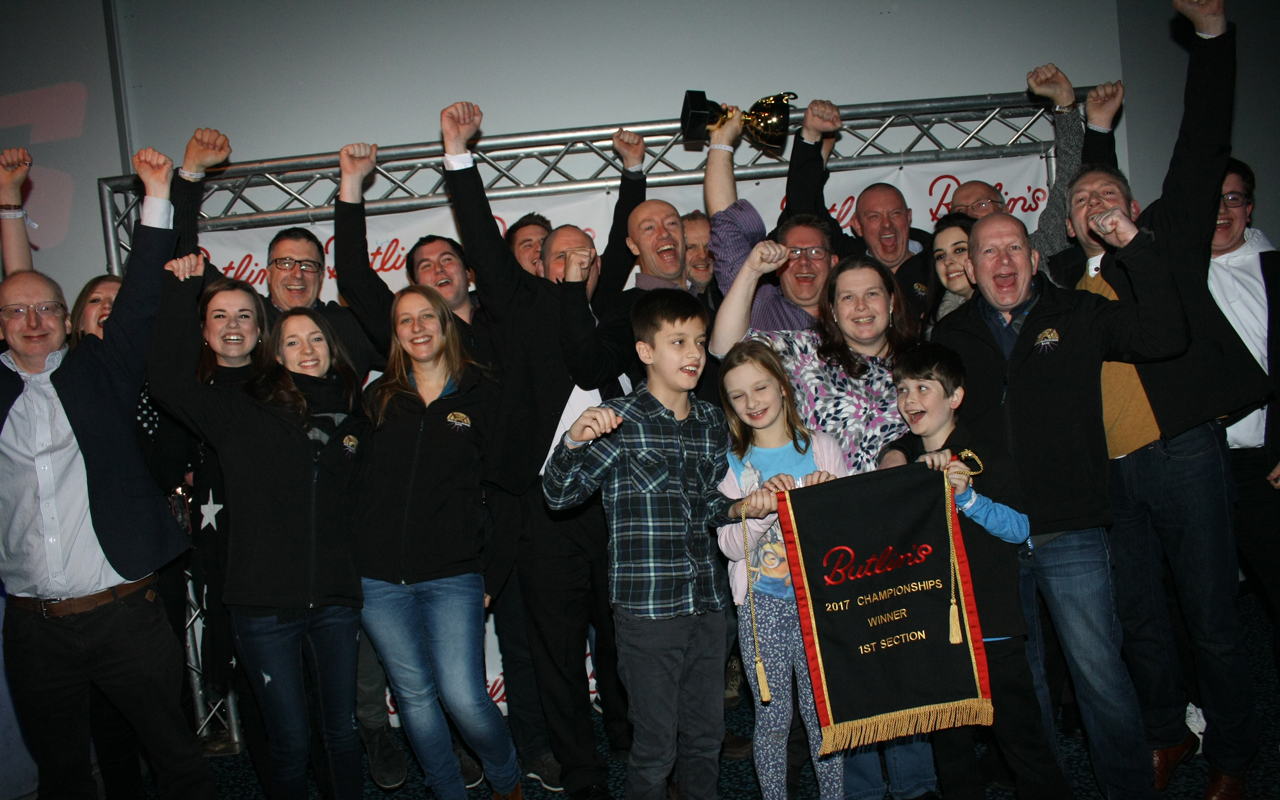 Malcolm Wood's contest round up and prediction:

It's fair to say Sir Malcolm Arnold's 'Fantasy for Brass Band' has proved to be an excellent choice today by the music panel led by Stan Lippeatt. It's sorted the bands out good and proper though as many have really struggled to get to grips with the ability of producing a musical reading that is consistent from the first note till the last.

A number of bands will be grateful they've been able to blow the post Christmas cobwebs out of their instruments and be thankful it was not the Regional challenging in just over a month's time.

At the top end, there is very little to choose between the top three today and they could finish in any order and so with the first cliche of the year — it is purely down to personal preference from how the judges call it in the box, we think.

Oldham Band (Lees), Eccles, Unite the Union are the trio for us that stood out with Skelmanthorpe, Stannington, Pemberton, Kidlington and Foresters Brass scrapping it out for the other three top six spots.

The official results will be in Reds around 7.30pm tonight, but we are going for:

Langley brings to an end a contest lasting over six hours in colourful fashion. Light and bright, it was deliberately styled by Cliff Parker but it had its blemishes though.

That in many respects, was a real pity, because there was lots of fine playing from ensemble and soloists that showed despite the wait, the band was up to the challenge.

If they had maintained their solid playing, it could have been a late challenger, but will probably miss out.

Hebden Bridge delivers a performance of the curates egg variety which in so many respects is a real pity.

The quality stuff was right bang on the money, but they just had too many indifferent moments that really took the sheen off the overall performance.

Well now, that’s put the musical cat amongst the pigeons. The Lancastrians from the heart of Saddleworth really did show their musical potential on stage today. The dependable Alan Hobbins was a lyrical cornet lead and the band matched his endeavours on stage.

John Collins brought a real vibrancy to the performance. The dynamics and tempos were first rate.

It’s going to be close, squeaky bum time at the top end.

The final London regional contender of the contesting day in Section One delivered a reading of which they can take great pride and satisfaction from.

David Maddocks never pushed and stretched his band beyond their limitations, but he tested them and whilst there were notable challenges, the Essex outfit got stuck in and dug deep.

A performance where musical character of all on stage shone through.

The experienced Simon Gresswell leads Enderby through a reading that has plenty to admire and appreciate. The energy, attention to detail and dynamics were impressive, but as with others today, not everything locked into place as neatly as it could.

Those little blips and blobs may just stop it from making into a serious contender, but they are certainly an outfit to keep your eyes on in the weeks ahead.

Bold, colourful, energetic and full of musical intellect from the experienced Jim Davies would be an apt way of summarising the Yorkshire contender’s rendition today.

The MD used his noggin and that allowed him to bring out the best from his troops as they responded to his direction. The clarity of detail along with the dynamics were terrific.

One to ponder and certainly in the mix—a winner who knows?

Bedworth opens the final segment of the competition with an uneven and inconsistent reading.

It was one though that offered potential but suffered from unforced errors and the ensemble just knew it wasn't going to be their day. On the plus side, they can now go in the bar. 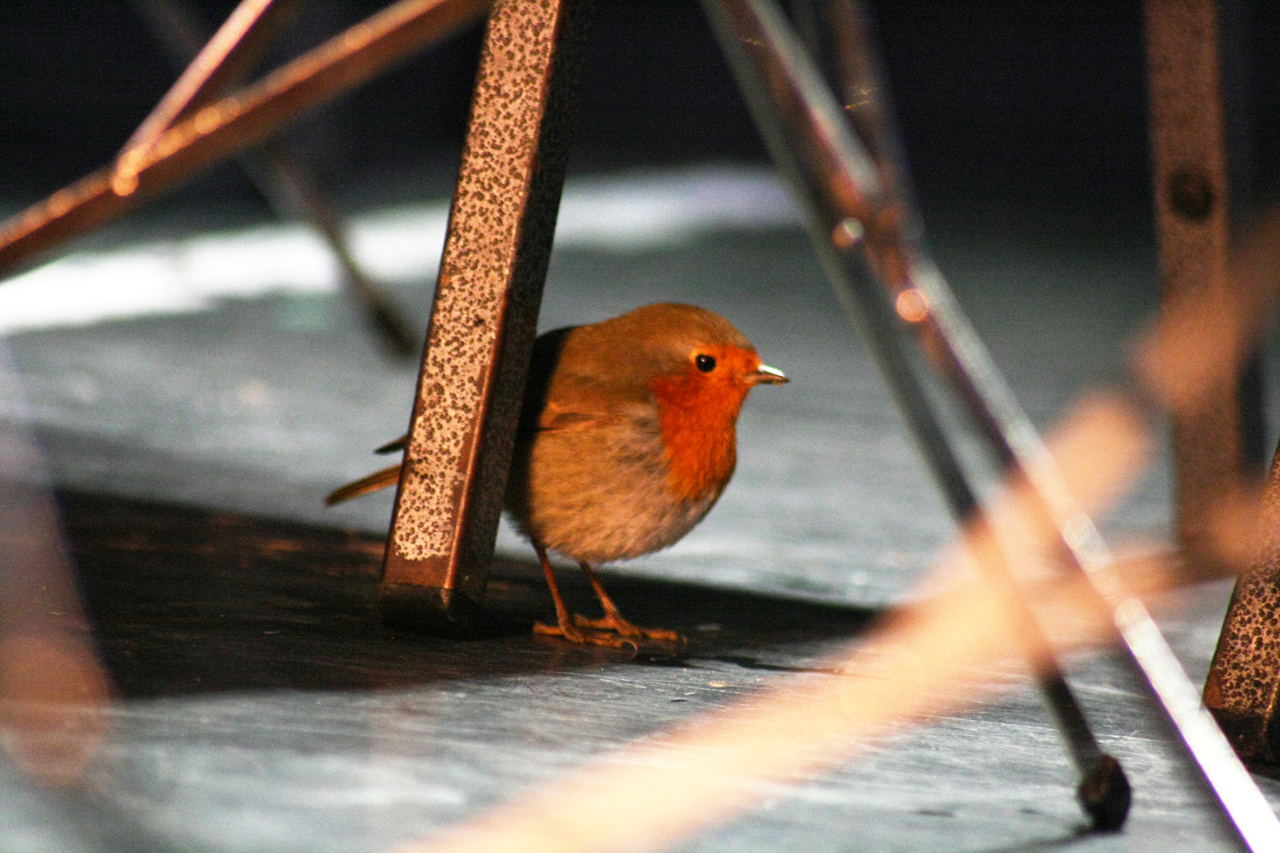 We are two thirds through the contest and the challenge of delivering a coherent consistent musical account from the first note until the last have proved problematic for many. Some will be glad this isn't their Regional outing and will come off stage in the knowledge they have not done themselves complete justice.

Full marks to Stan Lippeatt though for a canny and very astute musical test. It's worked a treat at this level.

A terrific account from Eccles Borough though off thirteen has put themselves top of the pile for ourselves.

Yorkshire outfit, Old Silkstone delivers a reading that for us just didn’t come off today. The tempo’s were steady, but some of the dynamics were not as precise as we’d like.

Where it comes though is purely down to the judges, but one we think will miss out today.

Kibworth certainly gave it their all today. As with a number of performances today though, the challenge of linking everything together as written on the score proved to be a bit of an ask at times.

They kept the listener engaged though but some of the blemishes along the way, may just keep them of the serious mix today.

The Yorkshire contender was the latest band to enjoy their Fantasy journey, but will have walked off stage knowing that not everything went as well as they would have liked it to.

The quality in the playing was there and they could play the piece. They just suffered one of those days where too many things didn't work for them. It was one of the more slower renditions so far today.

What an enjoyable rendition from the North West contender that was. Not only was it a well structured reading but the performance brought out parts from the score that have been rarely been heard so far today. The sop was a delight. He is married to the conductor. Well done Russell, top class stuff.

The tempos, the dynamics were so well judged and Eccles was one of the first bands to really up the ante in the final section. Really bravura stuff at times. It tickled the taste buds of 4BR, but what about the judges?

Sir Malcolm Arnold’s work, is given a rendition by Ibstock Brick Brass that goes into the category, improved as it progressed.

Unfortunately, it was a little uncertain and cautious, but things settled down and the ensemble found their musical stride. In many respects, a case of If only…..but all bands have had those days.

The experienced Peter Bassano leads City of Cambridge through one of the more cultured renditions of ‘Fantasy’ so far today. Vibrant and very colour, it catches the ear right from the off.

There were some fine individual and ensemble contributions from around the stand and the final section never was pushed beyond their limits.

One for the judges to ponder perhaps? 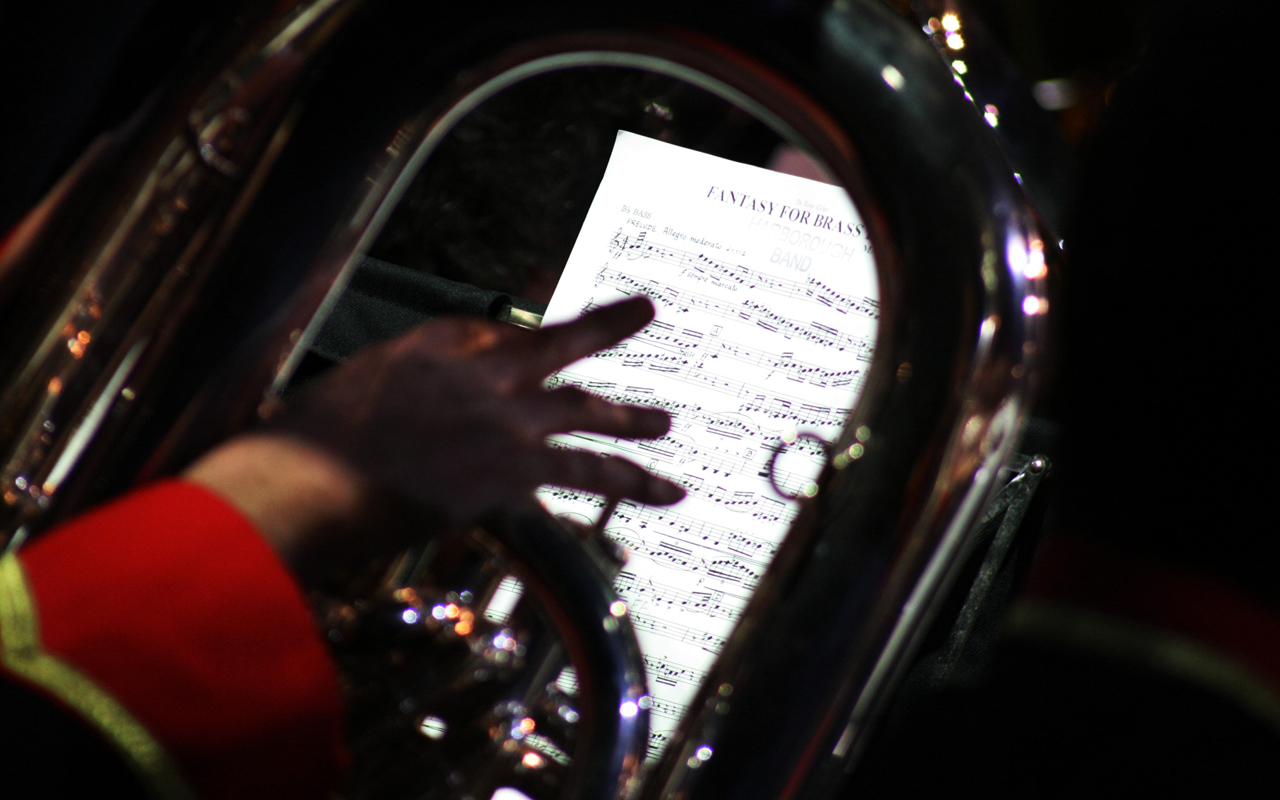 Bass view — Harborough
The Leicestershire based contender certainly gives it their all today. Purposeful, vibrant with musical verve, it certainly had the intent. The challenge came with some musical gremlins getting in the way of the overall musical picture.

Those gremlins were a real shame, as the players knew not everything was as it should have been.

Rushden recommences the contest with an engaging account that had lots to appreciate. It was well styled and controlled with a sense of musical purposefulness from the MD.

It just needed a little bit more energy at times though to make a real impression on ourselves. It is all about Messrs Southcott and Wilkinson in the box though. 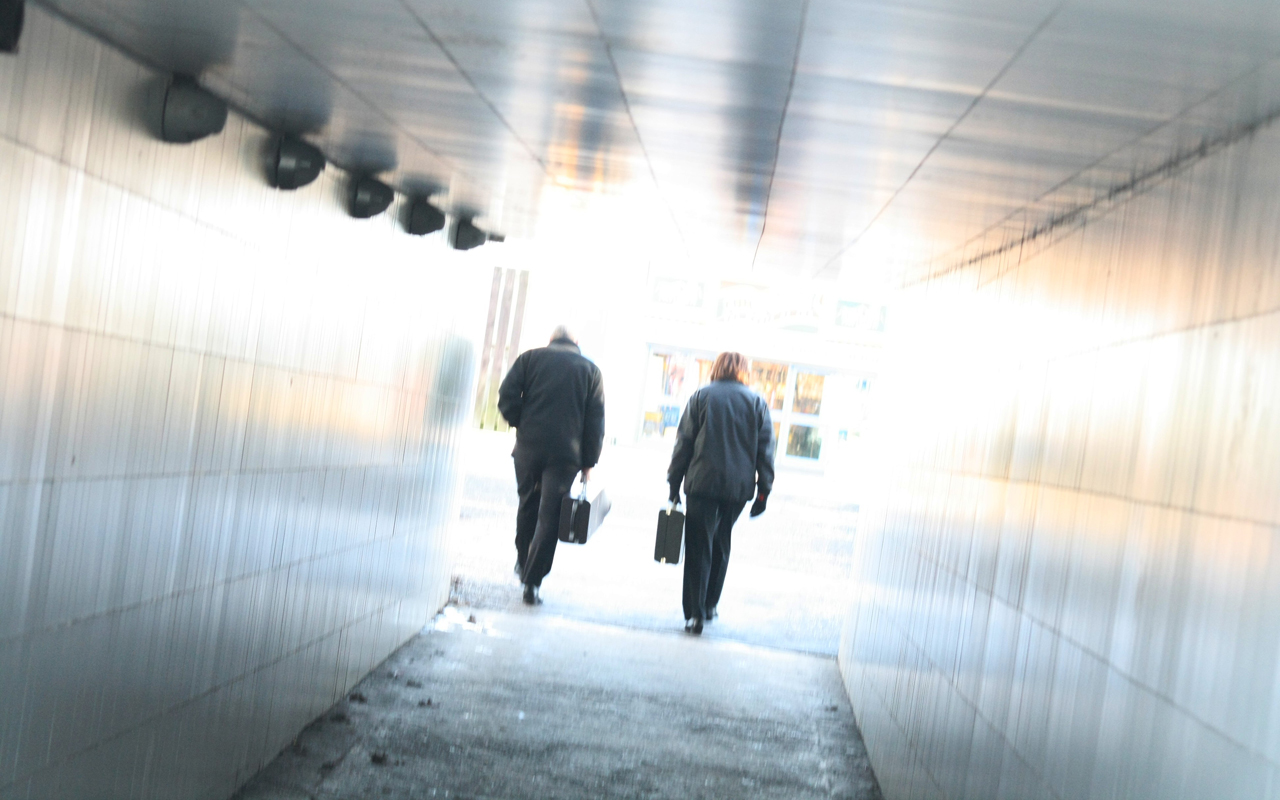 Seeking out the results? — Entering the Time Tunnel.....

We have reached the first comfort break of the contest and its been a bit of a mixed bag to be honest. Some have blown the post Christmas musical cobwebs out of their instruments and as a result have not made an impression on us.

Fantasy for Brass Band though is proving to be a very astute test at this level.

Stannington and Pemberton though that have stood out so far and lead the field for us, along with Kidlington but a long way to go.

Ireland Colliery take to the stage as the last band before the first comfort break and perhaps wish they could perform again. It just didn’t come off for them today. Steady and confident at times and inconsistent at others.

The Midland outfit, takes to the stage and leaves it ten minutes later perhaps knowing that today has not seen them at the peak of their musical powers.

It was steady, musical, but just needed a little bit more of a cutting edge and solidity to make more of an impression for us today.

Well now, the Second Section National Champion, Stannington certainly makes an impression on their first appearance of the year in Section One. Bold, colourful, musical, right from the word go.

MD, Derek Renshaw inspires his charges to enjoy the moment and they are buoyed with confidence throughout. There are some tasty contributions from all around the stand.

The East Midland outfits delivers one of those intriguing accounts that kept you interested from the word go. Not everything clicked into place, but when it did, there was some really good playing on display.

The early season gremlins got in the way were a real shame as they could play the piece for sure.

Real shame in a way because

The Lancastrian’s start with a deliberate intent of making an impression on the judges and audience. MD, Ben Dixon opts for a steady tempo that gives his band the opportunity to bring the music to the fore and out of the score and they respond well.

The closing section is so confident and well drilled. The tempo remains steady, disciplined and musical.

It’s the marker for the rest to beat now. Well done all. 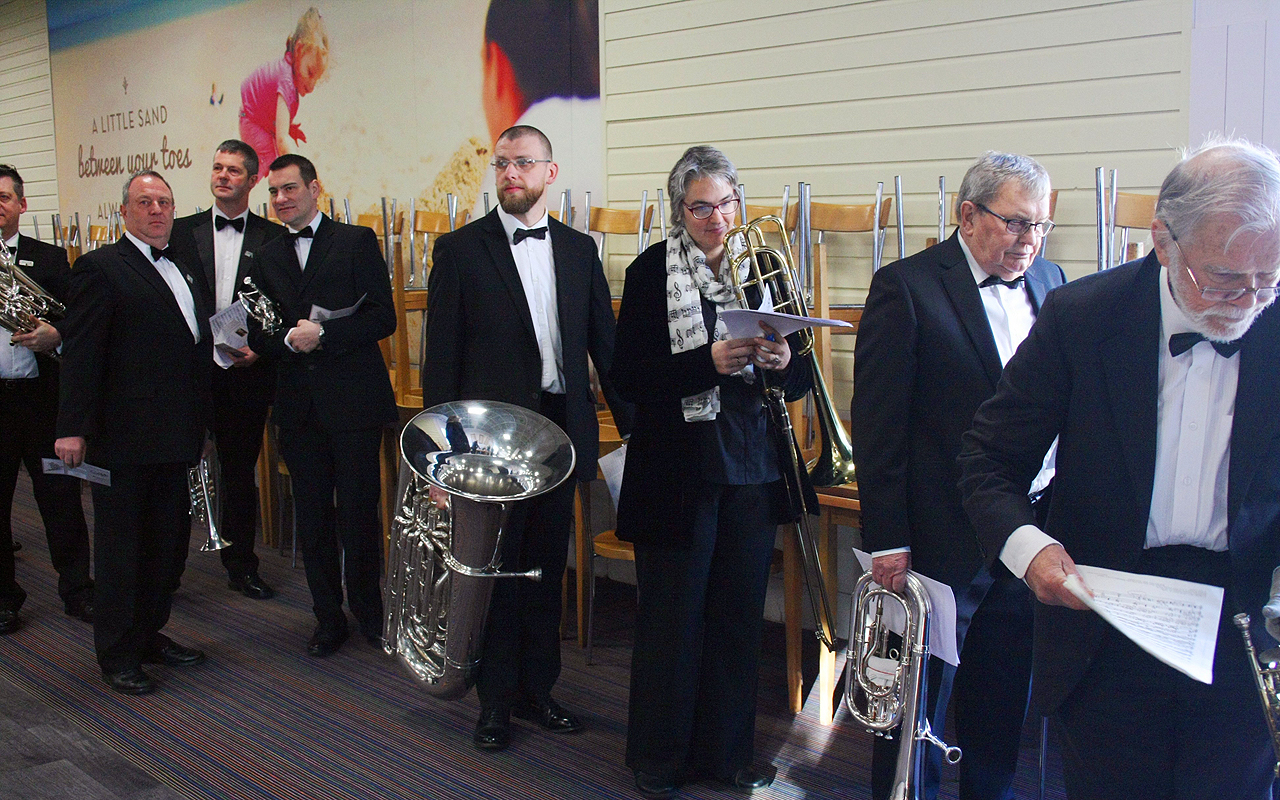 London regional outfit, Cawston delivers a 'Fantasy' full of passion and musical endeavour. It's never lacking from commitment around the stand.

They never lose focus and whilst there were a few uncomfortable bits along the way, it didn't distract them in their overall desire to potray Arnold's work in the way that will tickle judges fancy.

The London & Southern Counties region outfit start well but it just needs a little more musical presence to make us sit up. Got to give it them though, its steady without too many foibles and cornet is a determined lead.

Things do go awry at times as they head for the close, but full marks for apply themselves in a determined and controlled manner. MD deserves credit for not over stretching ensemble. 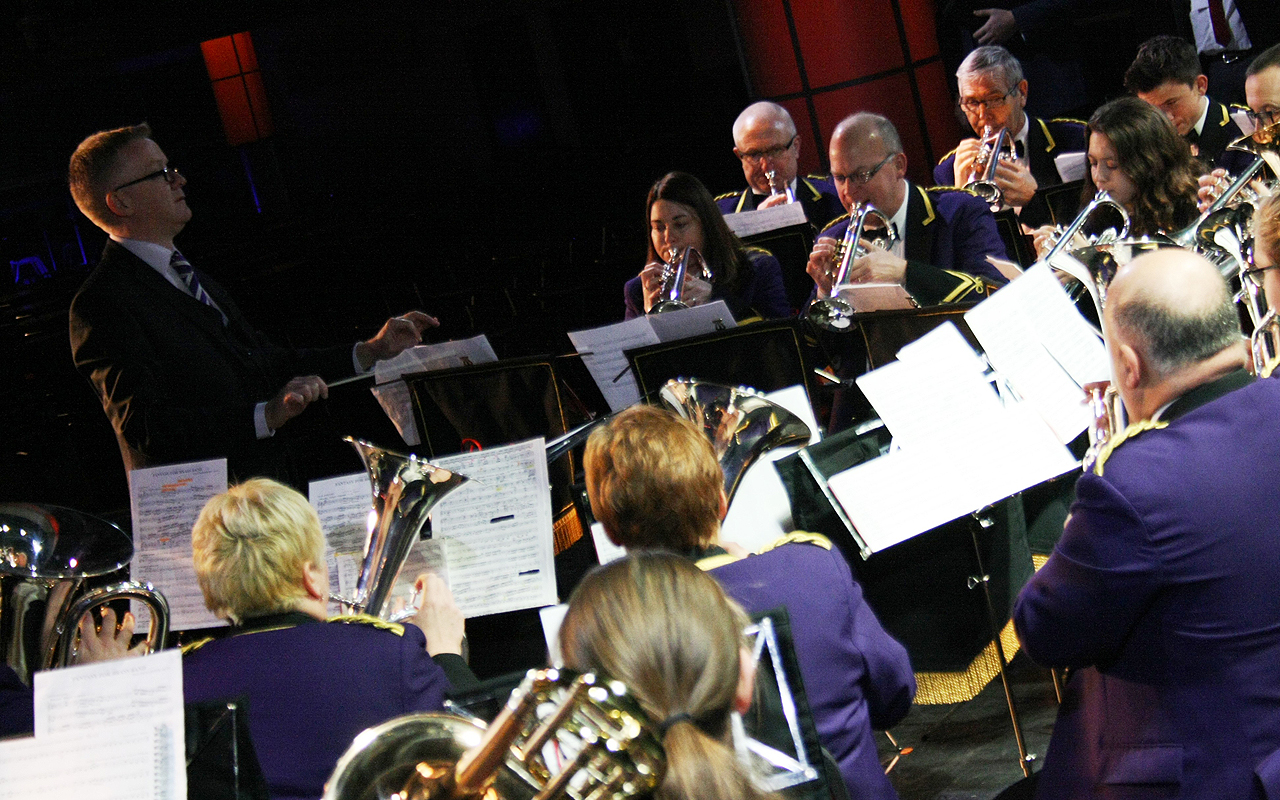 The Midlander's start with caution but it settles down. There is some nice confident playing but it is interspersed with blemishes that take the sheen off the overall musical picture.

As they head for home in the concluding section, the band has completely relaxed and are playing with more confidence and belief. It's perhaps slower than the judges could be looking for though, but confident. 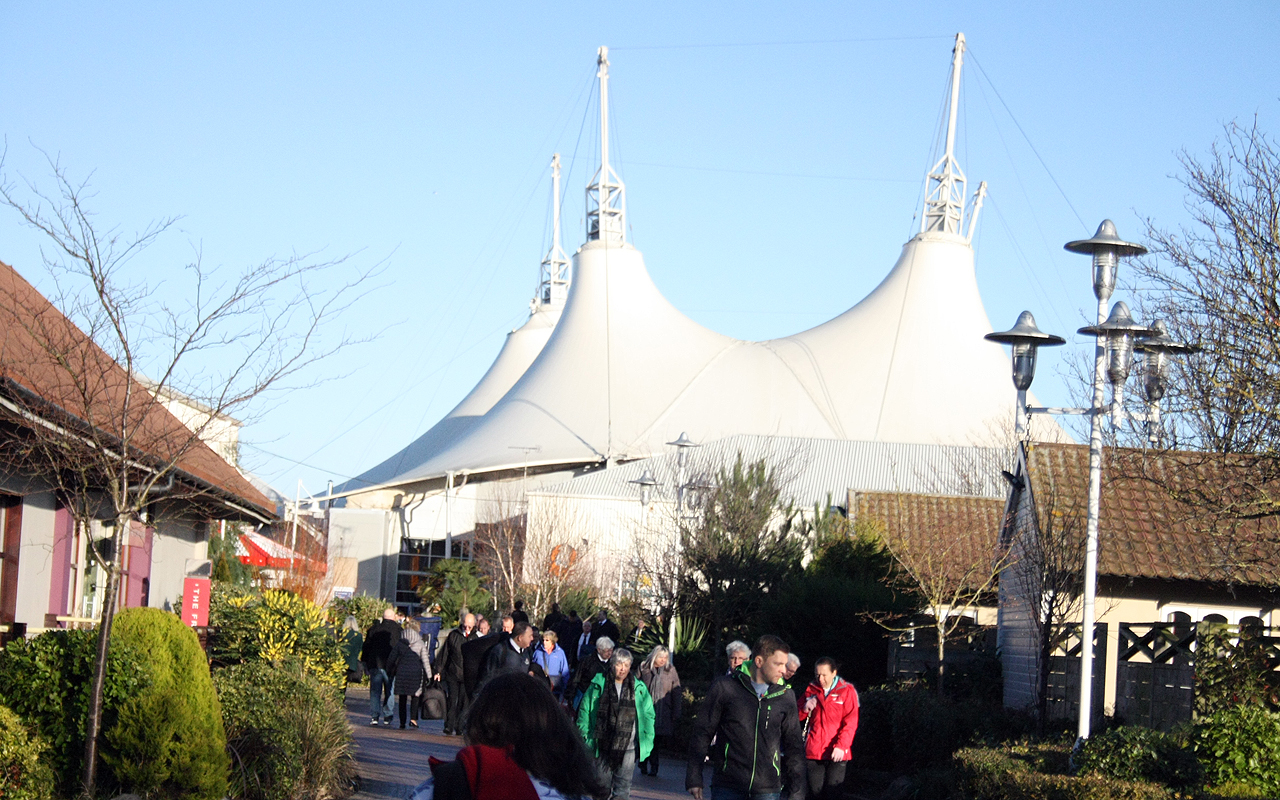 Butlins Skyline at the start of the day