An ambitious project supported by the Heritage Lottery Fund will enable the iconic musical history of Black Dyke to be enjoyed throughout the world. 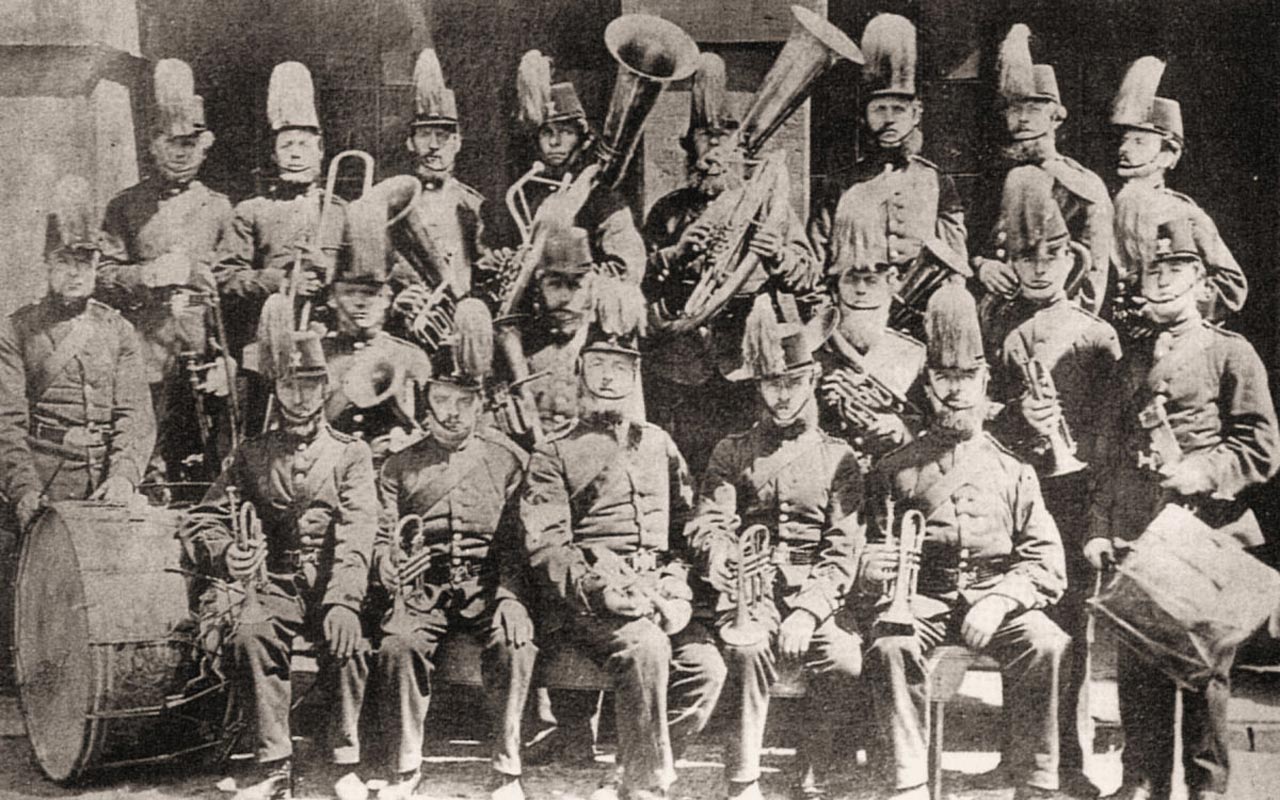 The start of the Black Dyke heritage: The band circa 1855

Black Dyke is the most famous brass band in the world. Nobody else comes close.

The titles and tours, recordings and concerts, conductors and players can be tripped off the tongues of aficionados all over the globe - 160 years plus of definitive achievement and excellence that brokers little argument from ardent Pondasher supporters or rivals alike.

There is a problem with that heritage however: The rest of the world doesn’t know too much about it.

All that proud history only becomes relevant if people with little more than a fleeting interest in brass bands are stimulated by what it has to tell them: Without it, even Black Dyke’s numerous baubles of success are reduced to dusty lines of text in record books. 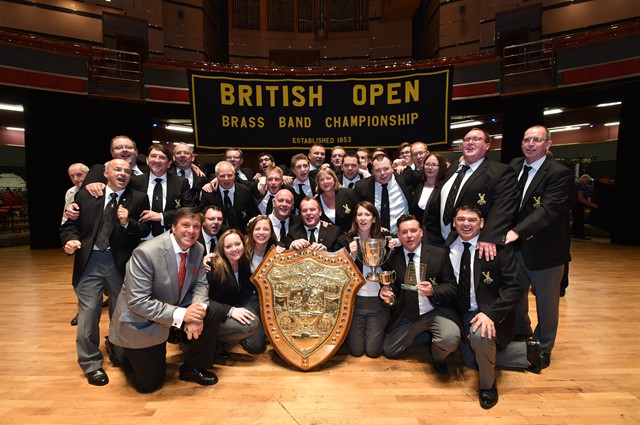 It is something which has been a perennial problem for the banding movement over the years.

There are people who can tell you the name of every test-piece played at the British Open as far back as 1853, of winning conductors of a century or more of the National Championships and principal cornet stars of the most famous bands of yesteryear - but without a wider context, all that encyclopaedic knowledge lacks meaningful sense.

Even for an iconic musical organisation such as Black Dyke, the challenge is to bring their history to life - to place their achievements in the widest possible framework of relevance; to make the general public enjoy, appreciate and revel in what has forged the desire to become the predominant name in the brass band world.

Thankfully, that is now about to come to take place with an innovative approach backed by a great deal of hard work following the announcement earlier this year that Black Dyke’s 160 years of history will benefit from an award of £61,500 from the Heritage Lottery Fund (HLF) to help towards an ambitious Heritage and Archive Project costing £94,500. The Heritage Lottery Fund is supported by the National Lottery.

And thanks to National Lottery players the band to make its vast collection of memorabilia, music and historic banding artefacts accessible to the world - including an unprecedented treasure trove of original hand written manuscripts and early recordings.

In addition, the band will further develop the project alongside the Black Dyke Mills Heritage Centre, the Local History Society and the West Yorkshire Local Authority Music Hubs towards an official launch at St George’s Hall in Bradford in 2017.

To ensure the project also reaches the widest possible worldwide audience, Black Dyke will work with industry professionals from the acclaimed Tolson Museum in Huddersfield, with its curation led by the respected artist Andrew Tebbs.

And according to Black Dyke Secretary David Hirst, these links have been essential components in meeting their ambitious aims and objects.

“It is easy for brass band lovers to think of Black Dyke as an iconic musical organisation, but the reality is very different. We have to project that hard earned status away from the confines of the brass band movement and explain, as well as celebrate, our achievements to the rest of the world.

There is a remarkable social history linked to the band - one that places it on a global footing; from the link to the John Foster Mill, to the century and more of tours around the world and the role the band has played in the development of brass banding as a musical art form.  This amazing project will bring those strands together and enable the story of Black Dyke Band to come to life.” 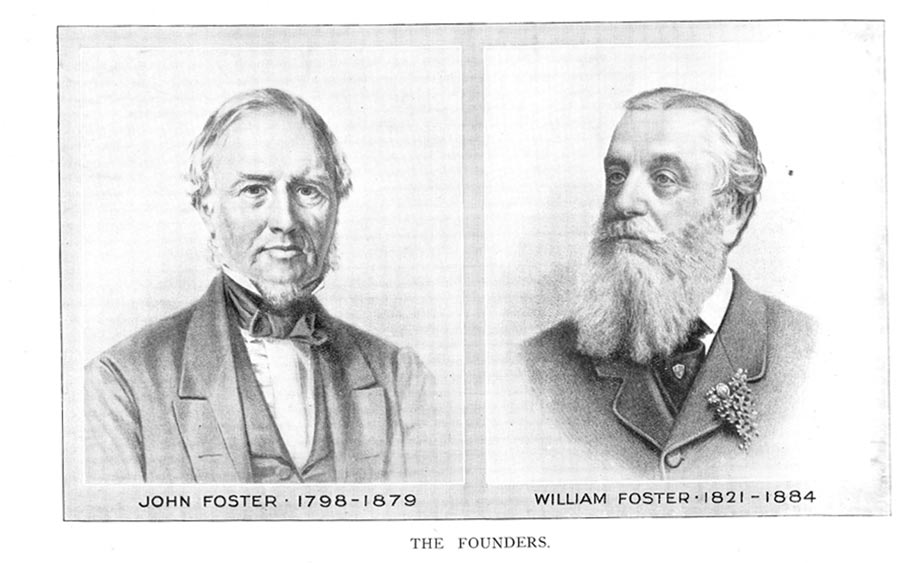 Social fabric: The link between the Mill and the band will be explored

That is certainly the aim of Andrew Tebbs, who brings an acute appreciation of the social context behind the band’s history of achievement.

“The opportunity to work with Black Dyke is a remarkable one,” he said when 4BR met with him recently. “The band is infused with a rich history that deserves to be revealed in all its glory.” 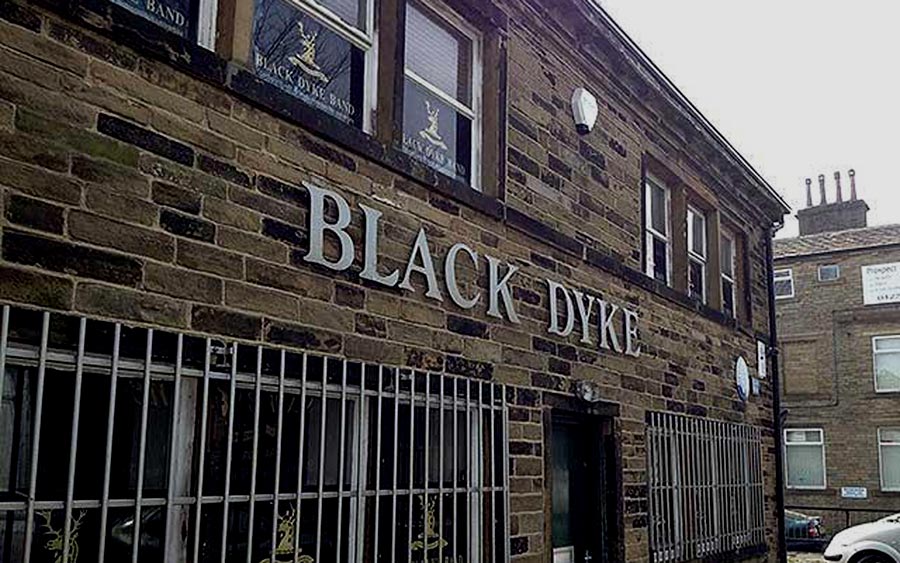 Work is already underway to convert the legendary bandroom in Queensbury into a Heritage Centre that will become a hub of displays, interactive explanations and educational and research links, as well as being a celebration of their history.

Fiona Spiers, Head of the Heritage Lottery Fund, Yorkshire and the Humber told 4BR: “It is important to save our historic archives and make them available for anyone who wants to explore their past.

The Black Dyke Band has played a significant role in the history of brass bands in the UK and internationally and we are pleased to help unlock their stories and artefacts. “ 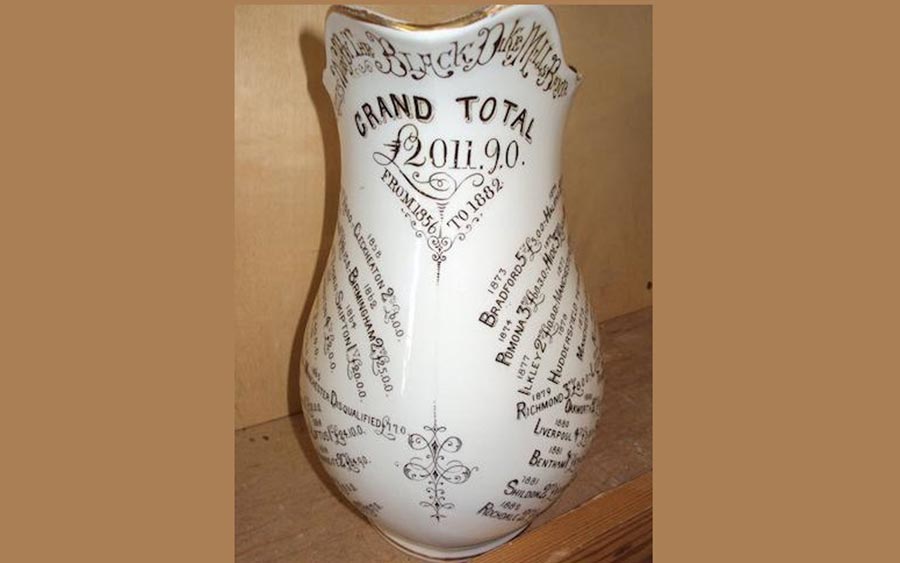 Historic artefacts will be displayed and explained

However, the key will be the context in which it is all placed - with Andrew revealing that there will be three major feature displays, each enabling the visitor to place the band’s achievements and influence into a wider context.

One will focus on the band’s links to the local community and the John Foster Mill that gave it its identity, whilst a second will chart the history and development of the music and the instruments that they have performed and played on during the past 160 years. 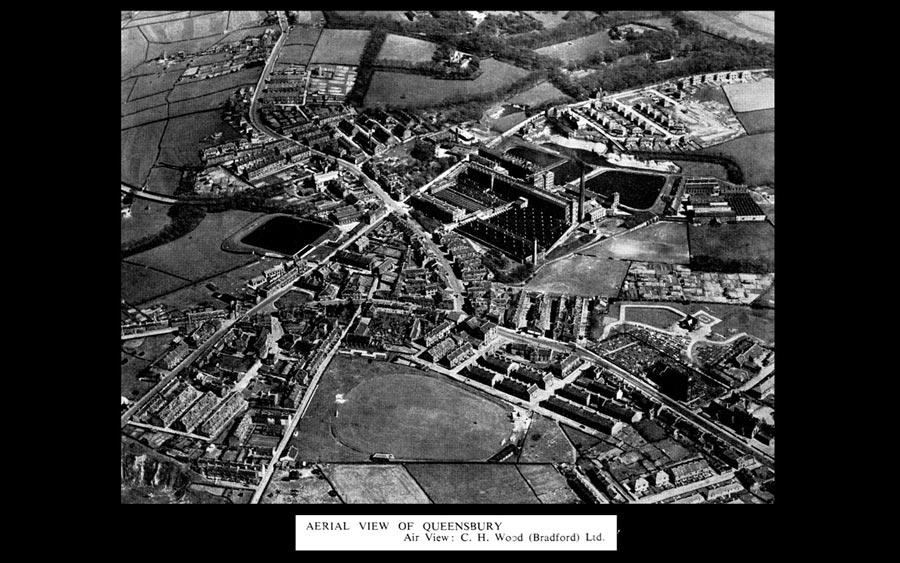 Centre of excellence: The famous Black Dyke Mills and Queensbury

A third will concentrate on Black Dyke’s musical influence in the wider world; from the great tours of the turn of the 20th century to the Championship victories and historic performances - all placed in a context of why, when and where they took place.

“It’s an ambitious plan,” Andrew admitted, “but it’s also one that can be further developed as more information is found and more history is revealed.

The scope is immense - from the connection with the John Foster Mill during times of social upheaval such as the two World Wars, to the links to the movers and shakers of the classical music world who have come and worked with the band.

Then there are the players themselves: Why for the past 160 years they have wanted to play for Black Dyke and why does the band retain an almost magnetic attraction to them.” 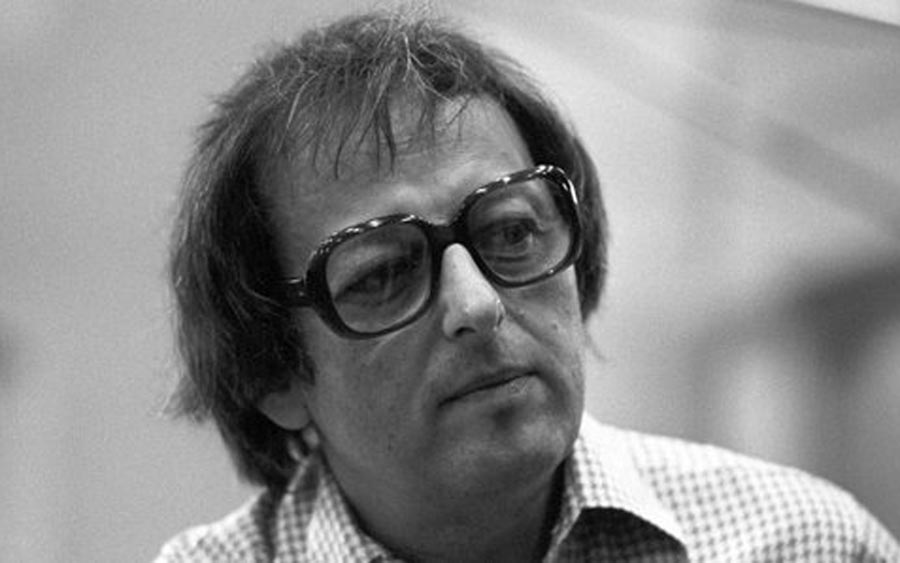 Linking together these threads into the patchwork of social history is something Frances Stonehouse, Curatorial Assistant of Kirklees Museums & Galleries is delighted that the Tolson Museum is to be part of.

“We’re really excited to have formed this new relationship with Black Dyke and to support the project to tell their fascinating history,” she said.

“I’ve been advising on how a wonderful collection can be more easily managed and preserved. We’re also looking to feature our historic brass instrument collection to form links between the new Heritage Centre and the various Kirklees Museums & Galleries sites.

It’s very exciting to be able to help spread the word about the social history that has underpinned this great band.” 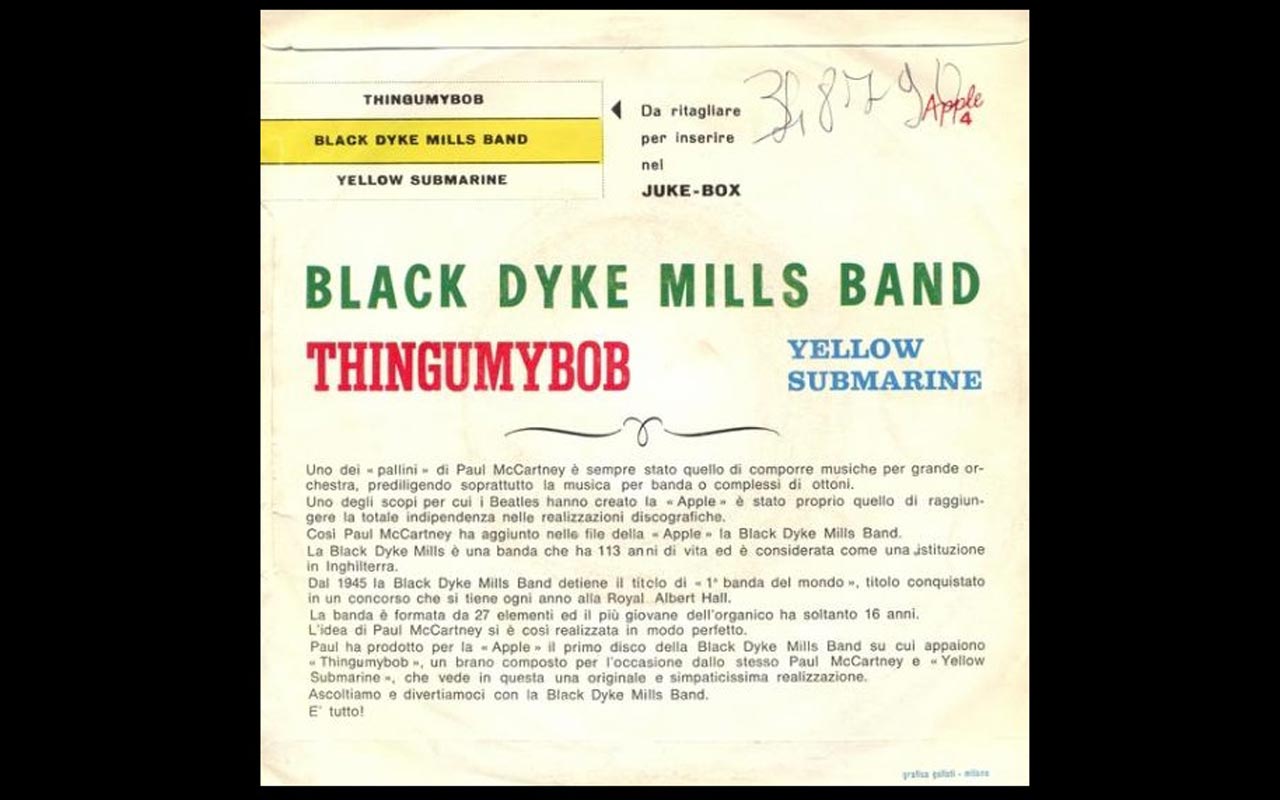 Worldwide appeal: Black Dyke and The Beatles in Belgian...

That scope has seen the development of new ways of presenting Black Dyke’s heritage in an accessible fashion - starting in the local community with free standing tourist information panels encouraging locals and visitors to engage with the project.

A ‘virtual’ tour of the famous bandroom will be enhanced by audio and visual descriptions backed by excerpts of historic recordings and imagery, whilst each display will also be QRCoded to provide additional information links.

Meanwhile, the conservation of over 1650 historically important music manuscripts will be digitalised, with the originals donated for safekeeping to the West Yorkshire Archive Service - a process that also sees the project engage with local volunteers and young people through the Arts Award Scheme - the equivalent of the Duke of Edinburgh Award. 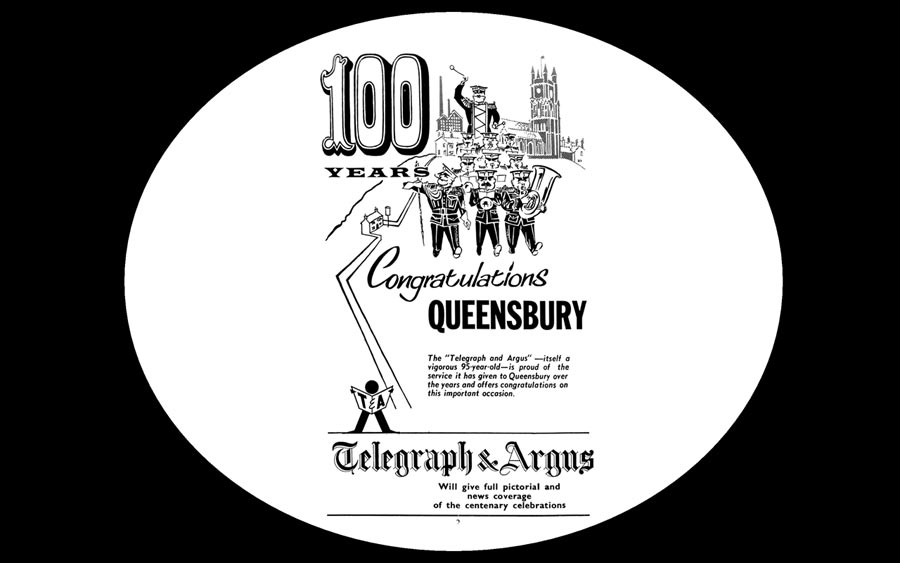 The band will also make two CD recordings of previously unrecorded works from original manuscripts, enabling them to become available for educational and research purposes, whilst archivists will endeavour to locate additional historically important music linked to the band.

In addition, an oral history of the social and musical impact of Black Dyke will also be recorded, with interviews with local, national and international figures that have played a part - sometimes memorably or fleetingly, in the band’s progress.

It is also hoped that a worldwide appeal to former players, supporters and fans will also see either donations of artifacts or links to further memorabilia which can be suitably catalogued and curated. 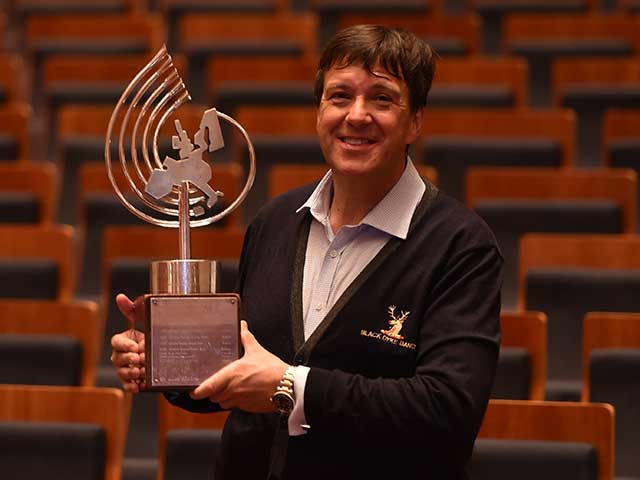 As current Director of Music, Professor Nicholas Childs told 4BR. “This is a project that will enable Black Dyke to become an integral part of the social and musical history of the brass band movement throughout the world.

In many ways Black Dyke is more than just a brass band - it is an iconic organisation that has developed from one generation to the next over its 160 year history.

Now we aim to reach out to the generations to come and to show them how important Black Dyke and the brass band movement has been, and will continue to be, in the musical life of this country.”