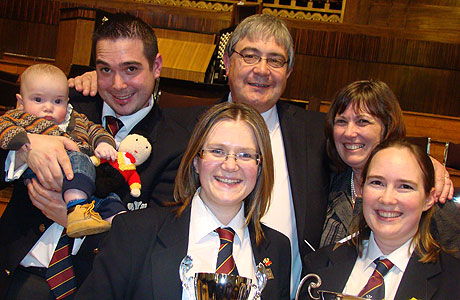 There was a definite crackle of electricity around Swansea’s Brangwyn Hall as Cory took to the stage prior to sealing their ninth Welsh title under Robert Childs on ‘The Devil and the Deep Blue Sea’.

It might have been the gradual accumulation of anticipation and excitement, with Cory playing last amongst the eight competing bands fully aware that none of their rivals had succeeded in closing the door on their title winning aspirations.

It might also have been a heightened sense of the very personal connections that bind Cory together as a band, with David Childs making his last official appearance on the contest stage; a Welsh farewell that was sure to draw an emotional response from both his father and fellow players.

Or, it might have been the ever widening ripple of rumours that had circulated around the hall of another piece of seismic news that was about to emanate from the Cory bandroom; a rumour that has since come to pass with Bob Childs’ announcement of his impending  departure.

But whatever the reason, what Cory gave the eager audience was a performance of crushing power, detail and accuracy in what amounted to an awe inspiring vision of Bourgeois’ music.

It proved to be head and shoulders above the competition, drawing warm praise from adjudicator Derek Broadbent on a day of mixed fortunes for the reigning champion’s closest rivals. 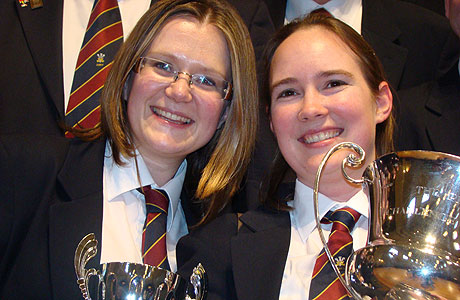 With Cory and Beaumaris having pre-qualified, there was always going to be keen competition for the two remaining places on offer.

For Beaumaris, that pre-qualification will have come as a relief as the band (who had some player illness related problems before the contest day) delivered an uneven reading from the number one draw.

From the opening, the band never quite settled and although Gwyn Evans generated an atmosphere of foreboding from his players, an uneven tempo in the fugue, blemishes in key individual entries and occasionally scrambled detail in the Prestissimo conspired to a fifth place finish.

It no doubt gave the MD plenty to think about ahead of the Grand Shield in Blackpool.

Eventually finishing one place behind Beaumaris, Thomas Wyss and Northop found the ‘Devil’ to be a demanding test.

Although there was a sense of repose in the closing paragraphs, the early damage had already been done as a result of inconsistent execution and tuning. Sixth was a fair reflection.

Much was expected from Tredegar, although they were forced to take to the stage minus solo horn Chris Davis, who had undergone an emergency operation the previous day.

It was a worrying and unsettling lead up for Ian Porthouse and his team, although that certainly didn’t manifest itself in the early stages of the performance, as from an earth shattering opening chord, they created a brooding atmosphere of impending menace building to the Prestissimo.

Taken at a brisk 162, the fugue was at times stunning in its clarity, with the cornet section in particular demonstrating playing of notable synchronicity.

Although there were moments where it threatened to push the dynamic boundaries a little too far, in doing so revealing the odd insecurity and blemish, the relaxed nature of the lyrical ‘a tempo’ was shaped with expression and sensitivity.

A repeat of last year’s third place might have been a disappointment, but booking the last of the four places at the Royal Albert Hall ultimately proved to be a case of mission accomplished in difficult circumstances. 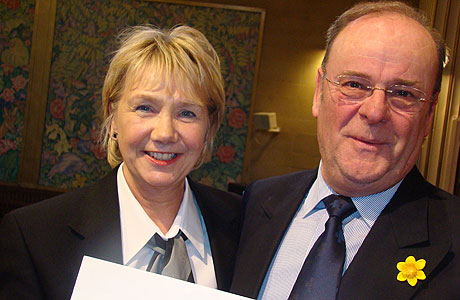 Back to form for Tongwynlais as they head to London

The contest lost its intensity somewhat with the newly promoted brace of City of Cardiff (Melingriffith) and Pontardulais Town, both of whom found the piece challenging in the extreme.

City of Cardiff’s compactly structured case under Gareth Ritter was not helped by players repeatedly turning their bells to the audience, the result coming across as harsh rather than menacing.

Paul Jenkins meanwhile helped Pontardulais with a less robust interpretation, although by its close the stamina sapping technical struggles saw them limp exhaustedly over the finishing line.

Both bands have the obvious potential to grow in top level maturity under their talented MDs – but this was a hard blow to emerging confidence. 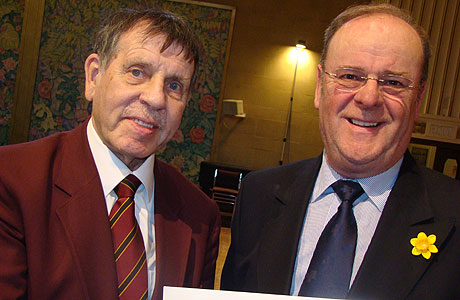 Podium and qualification for Tredegar

A rejuvenated BTM direction of Philip McCann, delivered a reading that although unable to match the precision of execution of the top three, presented a convincing and cohesive musical picture to come fourth.

High on adrenalin, but with excellent contrasts of colour and dynamics (with an excellent flugel in Alex James) in the slower music, ragged ensemble in the fugue prevented a higher placing, but the performance will give the band an encouraging platform for the travails ahead in Blackpool.

Tongwynlais Temperance struggled to re-create the form that saw the band crowned Scottish Open Champions at Butlins in January but were back to full fighting fitness in Swansea with a committed performance directed with steely determination by an inspired Philip Harper.

With a fine band sound which built with purpose from a carefully measured introduction, the fugue flew with a fury that grabbed the music by the scruff of its neck.

Although it occasionally strayed to edginess, the sheer energy and momentum of the playing was hugely involving, whilst the band’s father and son duo of Alyn and David James on solo horn and flugel delivered their demanding solo lines in superb style.

For many in the hall it was a close call between ‘Ton’ and ‘Tred’ for second place, but it was the refinement and excitement of Tongwynlais that scored for Derek Broadbent, with the runner up spot once again proving the band’s ability to punch above its weight.

The Grand Shield holds further promise of success on this showing. 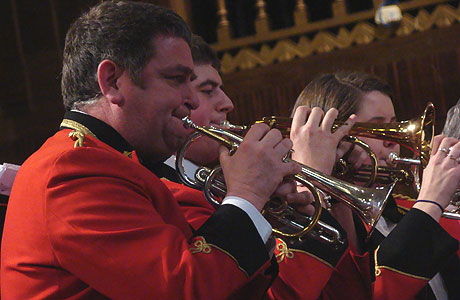 And so it fell to Cory to bring the day to a dramatic conclusion.

With the front row bolstered to five by the return of former principal cornet Ian Williams, an opening chord that Beelzebub would have been proud of gave way to a solid opening foundation on which Steve Kane delivered a confident baritone solo.

The gradual cranking up of tension was masterfully handled over the ensuing bars. With precise work from the trombones leading to the cornet melody in the Prestissimo, the fugue was made to sound disarmingly easy, the ensuing fanfares played with pinpoint accuracy.

For many bands during the course of the Regionals settling into the lyrical, expressive nature of the ‘a tempo’ after the trials of the preceding fugue has been difficult in the extreme, but the natural expression here was exemplary, with Joanne Childs beautifully floating the flugel solo to cap a contribution that deservedly won her the ‘Best Instrumentalist’ prize. 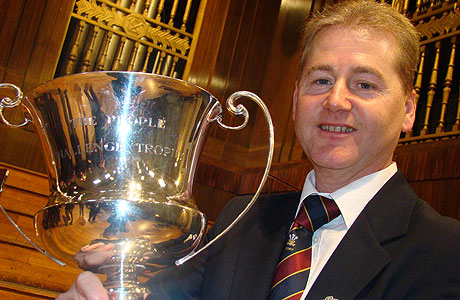 Whether this was quite the invincible Cory we heard at the British Open in September is debateable, but the victory was as convincing as any heard around the country this year.

Robert Childs’ announcement the very next day that he would be leaving the band after the European Championships has already sent shock waves through the brass band world, but you can be sure he will already be masterminding the detail of his final competitive performance with the band in Rotterdam.

It should make for quite a contest.