There is quality and now quantity in the Fourth Section — so plenty of room to park an English chariot or two... 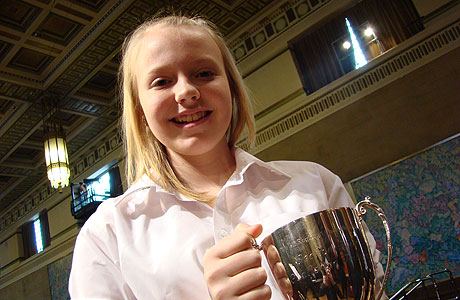 It’s been a question of quality not quantity in the Fourth Section in Wales over the past few years.

Twelve months ago Melingriffith 2 won here and went on to claim the National title in Cheltenham – the second time since the turn of the millennium that Wales has been able to boast a National champion.

And if that was good news, even better for the hard working Regional Committee and Welsh banding as a whole is that numbers are up this year, with debutants in Ebbw Valley Brass from South Wales, and three returnees from North Wales in Holywell, Royal Oakeley and Rhyl Silver.

The grass roots revival is still a little fragile in places, but that is heartening news in anyone’s book.

The bands will also be pleased that they will get to play a test piece that has proven to be well within just about everyone’s capabilities in the Vaughan Williams ‘English Folk Song Suite’.

Welsh rugby supporters are prone to singing to their English counterparts from over Offa’s Dyke where they can put certain two wheeled modes of transport about their person, if they crow a bit too much about their perceived excellence, but these folk songs are certainly much more user friendly and less antagonistic.

Get the basics right on three deceptively simple movements and two of these well matched bands could be hiring an English chariot firm to take them to Cheltenham.

Steve Sykes (right) should enjoy himself then...

Dean Evans is doing a great job at Abertillery & District and encouraging plenty of young players to return to a banding organisation that has long been a beacon of good practice in the valleys.

Now in their third year back they will look to build on last year’s fine 2nd place which saw them enjoy the National Finals experience despite coming 19th. They will be keen to return again we are sure.

The indefatigable Gareth Ritter has helped launch the exciting Ebbw Valley Brass project, which has combined and revitalised the talents of what were three rather forlorn bands in the former steel working valley.

With Gareth conducting City of Cardiff on the weekend, the task of leading them on their welcome debut falls to the experienced Nigel Seaman.

Good to be back

It’s good to see Holywell back at Swansea for the first time since 2007 in what everyone hopes will be the first of many more appearances, whilst the same goes for Royal Oakeley, as they take a bow after missing out last year.

They won the contest in 2005 and recently came 2nd at the North Wales BBA event, so could be a bit of a dark horse.

Rhyl Silver is another band that missed out last year as they look to make a mark on the back of a confidence boosting win at that North Wales contest late last season, whilst Oakdale will be looking to just up their form after missing out by the narrowest of margins on a Cheltenham place last year.

Adrian Browning is another MD doing a cracking job and he will be confident if the band can show the form they did in claiming a podium finish at the Blaenavon contest.

That leaves Severn Tunnel who is conducted by a real up and coming talent in young Josh Ruck – whose father has already claimed his Cheltenham place by conducting AW Parker Drybrook Band in the West of England Third Section last weekend.

Like father like son then, especially if they can build on an encouraging 2nd place at the Blaenavon contest .

They haven’t qualified for the Finals for quite some time, so perhaps this could be their year at last.

It could anyone's way on this one, but Abertillery & District and Rhyl Silver look like two likely contenders if the form book is anything to go by.

Pushing them all the way should be Oakdale, Royal Oakeley, Ystradgynlais and Severn Tunnel, wit our dark horse those great debutant in Ebbw Valley Brass.