4BR's Malcolm Wood looks back at the additional attractions that packed The Sage on the weekend. 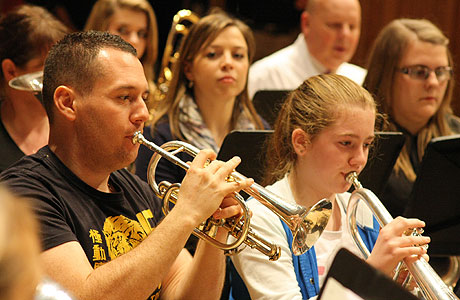 Inspired by the stars - John Doyle learns something new...

Whilst the fulcrum of Brass in Concert remains the contest on the Sunday, the organisers have broadened their horizons in recent years following the move to The Sage, and now the Saturday has just as much importance as the main event itself.

The Gala Concert has been firmly established for a few years now, and with support of The Shaw Trust and Yamaha, superb 'taster sessions' are laid on for aspiring players to come and get a first exploratory taste of what playing a brass instrument is really  like.

There is also a link with the Action Medical Research Youth Entertainment contest that takes place in Blackpool every February, whereby the winners are invited to perform at The Sage in a free afternoon concert.

That concert also features a 'Workshop Band' who pay £5 to be tutored by some of the banding movement’s leading players.

In some cases, players have travelled from over the Irish Sea to be part of the day – and it’s not just youngsters that take to the stage either. 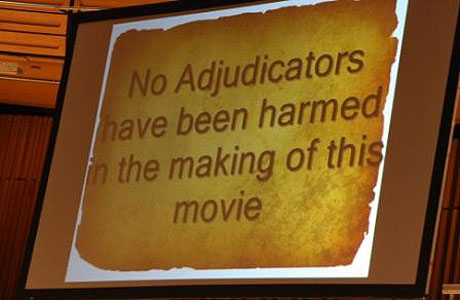 The written rule of friendly contesting according to Redbridge...

This year it contained its fair share of ‘adult learners’, and there was some fine talent on display – both young and old.

Once they'd had a lunch break, MD, Philip Harper brought everyone together for a rehearsal before the concert started at 2.30pm.

Five hours of hard work, inspiration and priceless playing tips for a fiver (how much for a football masterclass with the likes of Mr Rooney eh?) were then rewarded with their performance on the stage of the main hall. 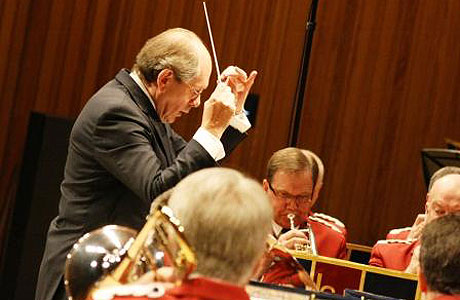 The concert itself was split into two parts.

It opened with the Workshop Band under the direction of Philip Harper, who supported by the tutors deserved a huge pat on the back for their level of performance.

With the recent passing of Dr Roy Newsome and Dr Goff Richards, it was no surprise that respect was paid to both by performing some of their music, and the concert opened with Dr Newsome's cracking 'National Youth' march played with youthful (and mature) enthusiasm.

A tantalising peek into the future was provided by ten young players called 'The Mint Band', who performed two pieces including 'Any Dream Will Do' under the direction of Reg Vardy's Laura Jackson.

The youngsters may well have been tucked up in their beds by the time the night time Gala Concert was in full flow, but they won’t forget this experience in a hurry as Laura continued to encourage them to enjoy themselves to the full as Philip Harper took the band through their closing pieces.

Goff Richards' 'Pastorale' featured some lovely cornet work by the band's Principal Cornet, Gareth Johnson whilst the MD’s, 'McGhee's Patrol' was noticeable for its control.

A great bit of Madness inspired 'Baggy Trousers' set the scene for a cracking finale of Goff Richards, 'Trailblaze'. 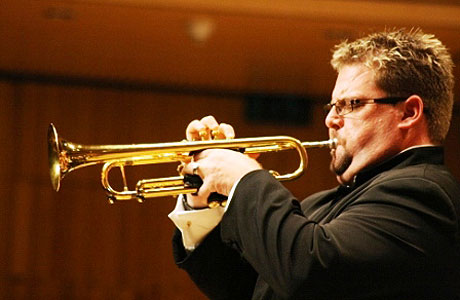 With the stage reset, the audience sat back to be entertained by the reigning Action Medical Research Youth Entertainment Champions of Great Britain, Rochdale Borough Youth Band, conducted by Eric Landon.

The Lancastrians opened in fine style with music from composer Nic Mills (who is a name to look out for in the future according to the MD) entitled 'Ru Whenua'.

Throughout, Eric spoke about his respect for Dr's Newsome and Richards, and fittingly, the band performed five pieces that were either composed or arranged by them.

Goff's 'The Golden Lady' was followed by cornet soloist, Kieren Iannidinardi displaying a lovely tone in the Dr Roy’s, 'Concorde'.

Other offerings included 'Bass in the Ballroom' featuring Matthew Beazley, 'American Trilogy' and the popular 'Can-Can', all of which the band clearly enjoyed playing. 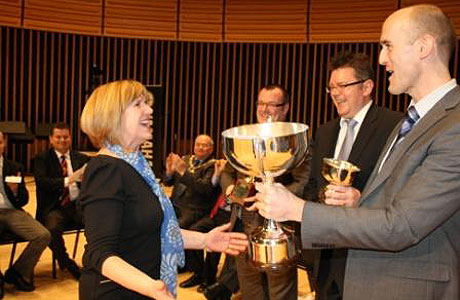 Leyland delight as they wonder how to fill the Championship Cup

Rochdale took the opportunity to reprise some of their Action Research winning programme, and what was clear was that they enjoyed every minute of it.

From the opening bass feature of 'The Ugly Duckling' to the closing 'Birdland', there was a real sense of fun, along with plenty of fine playing to leave nobody in any doubt that this is a terrific ensemble thriving under the inspirational leadership of their MD.

The concert of around two hours may have been a bit long for some, (although the Gala Concert was a bum numbing three quarters of an hour longer),  but it was never less than fully engaging and entertaining throughout.

However, it also summed up what the future of Brass in Concert may be all about – encouraging a brand new audience to enjoy brass band music making.

Long may it continue.