A dozen excellent performances led to a close fought battle for honours, but it was defending champions Dronfield that still kept a tight grip on their title. 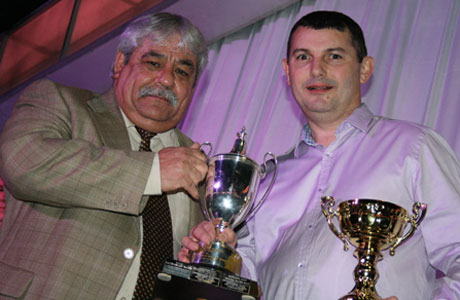 Although Darrol Barry’s ‘Contrasts’ started out life as a work for wind band, the re-scored and redeveloped music undeniably met the criteria as a good solid Fourth Section test piece on the weekend.

It also meant that for an encouragingly large audience at the Royal Arthur Suite it provided a pleasing mixture of convention in scoring and originality in musical themes that saw all 12 bands provide excellent performances.

Adjudicator Barry Thompson (who was in the box with Alan Fernie) was also pleased that it was a work that did its job to a tee, reflecting later when talking to 4BR that it allowed the better bands the opportunity to show off their skill set, with the winners showing real control and maturity in their playing.

The four sections of the work really did ask for contrasts in the contender’s ability to produce good basic brass playing – from the opening ‘March Prelude’, through the quirky little ‘Scherzino’, the percussion led ‘Song of the Navaho’ and the up beat, bubbly ‘Finale’.

The good news for all the competing bands was that although many were tested, all emerged positively from the experience, and with a testing Fourth Section Area test piece to look forward to in a few weeks time, all will have boosted their chances of success there with this work out.

Taking the Butlins title for a second year running, together with the award as the highest placed mining band was Dronfield CMW under the fine direction of John Davis.

With a wholehearted musical performance that was both positive and direct, the playing was nicely phrased, producing a reading smooth in contour that balanced vitality and warmth.

They will head to the Yorkshire Area championships as one of the favourites on this evidence and with confidence sky high we could be hearing a lot more of this excellently led band. They were worthy champions.

So too Market Rasen RPC, with the best dressed MD in the business in Alan Needham, leading another well controlled performance that once again saw them claim a podium finish.

Right from the opening there was evidence of a well rounded sound, with the bass end in particular a feature. The young solo cornet player was a star too, displaying real moments of lyrical tenderness. Missing out on the top prize once again may disappoint them, but they will surely enjoy plenty of success in 2011 if they carry on like this. 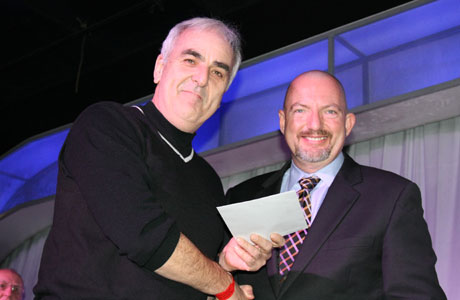 Keith Buxton and Pleasley Colliery Welfare kicked off the contest, and their steady opening and simply stated approach really found favour and set a high standard marker that was only beaten by two very fine performances.

The tuning was a bit fragile at times, but the musical content got stronger as the piece unfolded, being both sensitive and spontaneous in parts to take third place.

With good solid ensemble playing Banovallum Brass took fourth place. MD Steve Ingham drew warm sounds from the band, and whilst there were the occasional blips and cracks the desire not to overblow gave them the edge over other rivals to claim the final monetary prize on offer.

Just outside the prizes came Burbage (Buxton) under Steve Critchlow. This performance was bold and atmospheric, especially in the first movement, which sounded like a spaghetti western film score.

It was certainly exciting stuff and just a bit too much adrenaline in places cost them the chance of a higher finish.

Welbeck Estates Brass under Robert Deakin gave a determined performance that’s for sure. With lots of positive ensemble work it was perhaps just a touch strong on the dynamics, although there was some cracking percussion work on display that gave the overall performance a fine rhythmic foundation.

A very direct approach hallmarked Whitwell Brass with Lyndon Cooper in charge. With plenty of gusto and solid ensemble their pointed articulation was just at odds with the flexibility and smoothness of the prize winners, although it gave the whole performance a real sense of vitality.

Further down the prize list, the usual basic problems became more apparent, but all the bands left the stage with positives out numbering the negatives.

A case in point was Melton under Graham Sutton, who produced good ensemble work throughout with balanced sounds. Notable was a smashing opening with confident playing, but with tuning a little suspect they just started to tire and lost momentum.

Dinnington Colliery meanwhile produced one of the best sounds of the day under the direction of Jonathon Beatty but just when you thought they were heading in the right direction, they experienced a few too many little difficulties that just took the gloss off a well-worked performance.

Despite not taking a prize, the band left Butlins with plenty to work on ahead of their Bradford appearance in a few weeks time.

We could have kept on writing ‘another decent show’ with the remaining bands and it would not be remiss to say this of Ireland Colliery (Chesterfield) with Ian Knapton, Bestwood Black Diamonds under Brian G Draper and Kingsway Printers (Cleethorpes) with Steven Askew.

All will know that the piece tested them – but not to their limits and there were plenty of positives to work on for all three despite the end result.

The end result for Dronfield though was a second successive Butlins victory – and a very well deserved one it was too. Look out for this band as they make their debut at the Yorkshire Area contest in Bradford in a few weeks time – they could well be the band to beat.