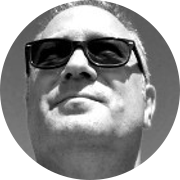 Mike holds a Bachelor's degree in music, with 1st class honours for composing, yet he is equally at home with Jazz, Pop & Rock, equally comfortable with manuscript paper or computer mouse. As a player, his early career was spent as a professional musician across all styles of the music industry, from classical and jazz to rock and pop.

A former member of the National Youth Jazz Orchestra of Great Britain, he has composed, arranged and recorded many pieces with them, including 'Miles Away', 'Gas Mark Two', 'While the Cat's Away' and 'In the Hour Before Dawn'.

During the 90's he was Managing Editor of a major European print music publisher, cutting his teeth in the Brit-pop explosion with bands & artists such as Oasis, Blur and Amy Winehouse. In the classical world he has worked with composers Michael Nyman, Philip Glass, Geo rey Burgon, Richard Rodney Bennett and Craig Armstrong.

As a composer and producer his TV music includes ‘Marple' and ‘Poirot', both for LWT/Granada; the documentary series 'Love for Sale' and the children's series ‘Brum', both for BBC TV, and the films 'Saving Lives' & 'Bill of Mortality'. The epic orchestral soundtrack to the TV ad campaign for Sony's PS3 game 'Heavenly Sword' is just one example of the many TV ad campaigns he has scored.

'The Soul Rests Eternal', an album of music for cello and orchestra, recorded by Caroline Dale and the English Chamber Orchestra, was 'Sunday Best' on Classic FM and 'Presenter's Choice' on BBC R3 in the same week. The BBC Concert Orchestra dedicated a live national broadcast to his music, and the track Elegy for a Lost Son is the title music for the film ‘Shroud' by BAFTA award-winning Director David Rolfe.

His choral music, which is performed and recorded by many leading choirs, is published by Edition Peters. 'Music To Hear', ‘Silence' and ‘Lullaby' were recorded in 2013 by leading international choir Tenebrae, under their Musical Director Nigel Short. Mike's 'Requiem Aeternam' was published in 2013 and recorded by Tenebrae in the same year. The major Gospel collection, 'Sing, Glory!' premiered in May 2016. His setting of the 'Pie Jesu', for soprano solo, trumpet, choir and organ premiered in 2017.

In 2016 Superbrass gave the world premiere of his ‘Elegy' for solo trumpet, brass and percussion, with James Fountain as soloist. Later that year he was the lead orchestrator on the Decca CD 'Introit — the Music of Gerald Finzi', featuring the Aurora Orchestra, under Nicholas Collon, with soloists Amy Dickson and Nicolas Fleurie, which went straight to the top of the classical charts. In September 2016 he was named a 'Great British Discovery' by Classic FM.

'Out of the Long Dark' was commissioned by the Association for Music in International Schools and was premiered in Frankfurt in 2016 by the International Honour Choir of AMIS.

Since 2017 he has been composing for brass band and wind band.