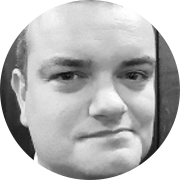 Neil Samuel was born into a Salvation Army family and at the age of 7 years old was given a tenor horn to learn. After a few frustrating months Neil was given the chance to learn the trombone instead, an offer he snapped up straight away. At the of 16 years old Neil was invited to study at the world famous Chethams School Of Music. Whilst there Neil had the opportunity to study with Rob Burtenshaw and Chris Houlding. Neil was also the lead trombone player with the award winning Big Band led by the late Goff Richards.

Neils first taste of playing in a contesting band was with the BT band (Championship Section) from Stockport, who were conducted by Alan Lawton at the time. From there he moved on to Besses O'th Barn (conducted by Derek Broadbent). His first solo trombone chair came next with a move to Wingates where he was once again reunited with Alan Lawton.

One year later Neil was invited to become the principal trombone of the Leyland Band working with Garry Cutt and Richard Evans. After Leyland, Neil moved to the Fairey FP (Music) Band where he had the opportunity to work with a variety of conductors which included Elgar Howarth, Howard Snell and Major Peter Parkes.

As well as being a soloist on tours to America, Canada, and Europe, Neil performed on regular basis with some of the countries leading bands such as Fodens, Brighouse & Rastrick, Sellers, GUS, Carlton Main Frickley as well as being invited to guest on a recording with the Grenadier Guards.

In 2003 at the age of 21 years old Neil accepted the position of Musical Director of the Rainford Band where he stayed for 9 years. During this time Neil led the band from the 3rd section to the Championship Section winning numerous contests along the way, including 2 North west Area titles.

After Rainford Neil became the MD of the Vernon Building Society (Poynton) Band. During a 3 year spell the band picked up numerous prizes which included the NW 1st Section title and runners up at the 2016 1st Section National Championships of Great Britain.

As a freelance conductor Neil has had the pleasure of working with bands such as Hammonds, Leyland, Milnrow and Carlton Main Frickley to name but a few.

As an adjudicator Neil has adjudicated at the Wilkinsons Northern Open Brass Band contest, British Trombone Society solo finals, and for the Lions International Trombone Soloist competition that was held at Birmingham Conservatoire.

May 14 • Corby Silver Band have vacancies for Solo cornet or Soprano cornet and a Bass player (Eb or Bb) to complete the band. Rehearsals, under the leadership of our new MD, Andy Mayell on Monday and Wednesday at 8pm at our own band club in Corby.